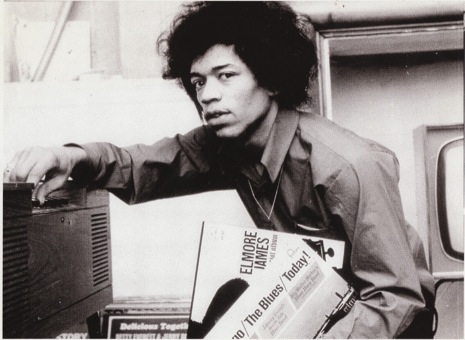 A fascinating look at what Jimi Hendrix was listening to at home can be seen at the Record Mecca blog. A collector acquired several of Jimi’s “well loved” (i.e. played to shit) albums in an auction from Kathy Etchingham, Jimi’s longtime girlfriend:

I thought people might enjoy knowing—and seeing—what Jimi was listening to during his London years. The collection I purchased included Jimi’s copies of these albums: