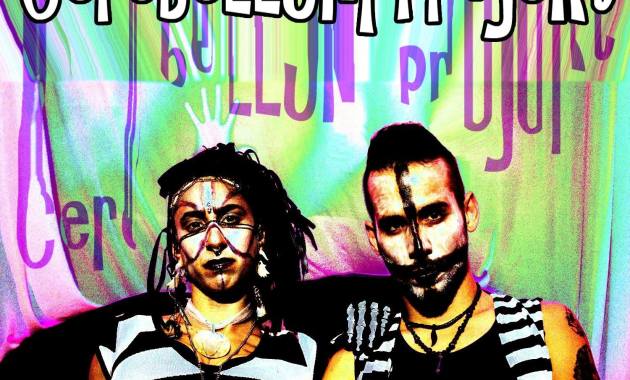 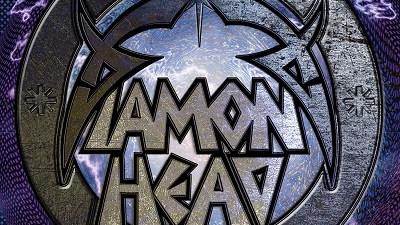 Diamond Head to return to North American for the longest tour in their 40-year career.

Set to return to North American for the longest tour in their 40-year career, DIAMOND HEAD are expected to perform songs that span their extensive recording catalog, including selections from […] 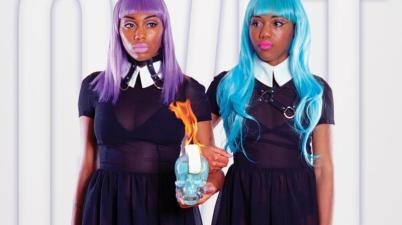 In celebration of release week and their favorite holiday, alternative goth rockers DEATH VALLEY HIGH have unleashed yet another single from their new album, CVLT [AS FVK], out this Friday, […] 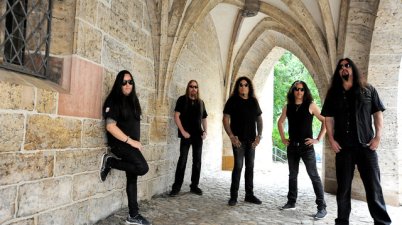 Legendary bay area thrash metal giants Testament released their 11th album, Brotherhood Of The Snake, this past Friday via Nuclear Blast. Today, they have released a music video for the brand new song […] 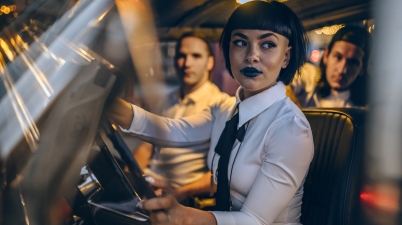 Alt-rock group VERIDIA has released a thrilling music video for their new single “Still Breathing.” The video was directed by Matt DeLisi, the director behind their previous video for “Pretty […]

Anaal Nathrakh was created for one purpose – to be the soundtrack for Armageddon, the audial essence of evil, hatred and violence, the true spirit of necro taken to its […] 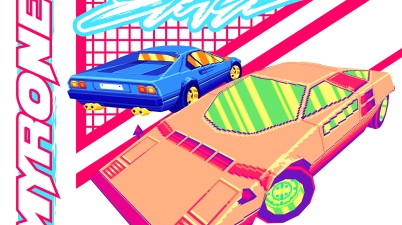 MYRONE is the mysterious soft shredder behind Drift Stage, an arcade racing game that is coming soon to PC/MAC and PS4, and Snaked, an LA based DJ/guitarist duo that has been making […] 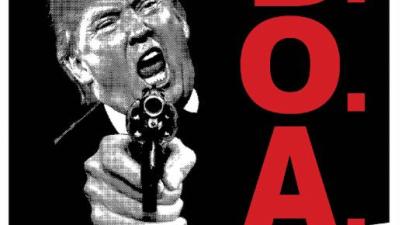 When Keithley set out to write the songs for the album, he used D.O.A.’s early efforts like Hardcore 81, Something Better Change and War on 45 as a bit of template, […]

The Ocean To Kick Off US West Coast Live Takeover

Germany’s premier progressive/post-metal collective, THE OCEAN, is returning to North America for a near-two-week run of live takeovers. Set to run from October 30th through November 9th, the band will […] A deadly dawn is spreading across the land as Entombed A.D.. drops a horrifying new video for the title track off their newest album, Dead Dawn. Zombies will attack, so […] 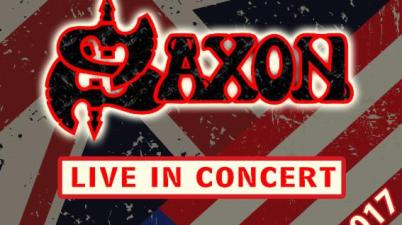 UFO and Saxon Announce Spring US Tour – The British Invasion 2017!

Rock legends UFO have announced a US tour with very special guests Saxon, beginning March 9 in Houston, TX and continuing into early April. UFO, with their long standing line […]

In partnership with Concord Music Group and ole, Fathom Events is set to bring an epic one-night cinema event with legendary Rock & Roll Hall of Fame recipients, Rush, to […] 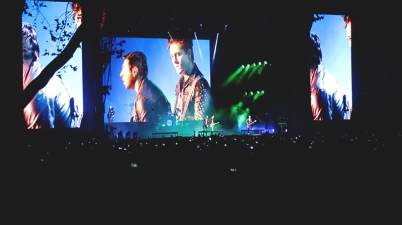 Monster Energy Aftershock returned with a blast to Discovery Park with a line up that included fan favorites Slayer, Ghost, Meshuggah, Max and Igor Cavalera, The milder weather compared to the blistering […] 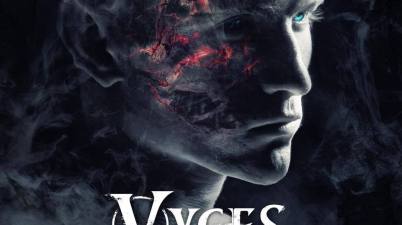 Los Angeles, California Independent Hard Rock Band Vyces are stream their debut EP Devils today on Revolver.com. The premiere can be heard here The debut EP out now was produced by […]

Obituary Share Live Version of “Visions In My Head”

Death metal legends Obituary have shared a new live song from their forthcoming new release Ten Thousand Ways To Die. “Visions In My Head” (from the band’s Relapse debut Inked […]

With a spend well over $1 million with local businesses, and an economic impact to the community that exceeds $10 million, this weekend’s Monster Energy Aftershock music festival at Discovery […] 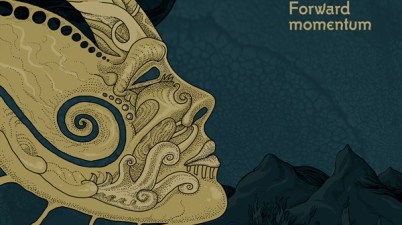 Gothenburg melodic death metal pioneers, DARK TRANQUILLITY just released a video for the song “Forward Momentum”. The video was filmed in the far North of Sweden near Kiruna by Vesa […]

For over a decade at the world’s largest outdoor metal festival Wacken Open Air, independent metal bands from around the globe have been performing in front of thousands and competing […] 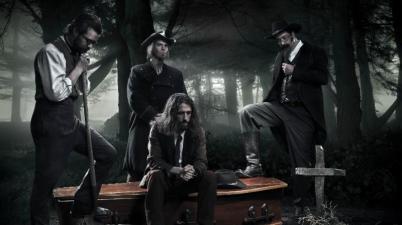 The Pine Box Boys: The Feast Of Three Arms By Bay Area Horrorbilly/Bluegrass Bandits Album Out This Week

This week, San Francisco’s horrorbilly/bluegrass bandits THE PINE BOX BOYS will issue their fifth full-length The Feast Of Three Arms. Ahead of its officially-declared street date, the band now serenades […]

Conversations at the Q! Interviews with The Sawyer Family and Beefcake The Mighty of Gwar.

I had an awesome time at this years 7th annual GwarBq, I really enjoyed being there and hanging out with everyone. I was lucky enough to snag an interview with […]

Carla: "Heidi and I are both trained classically as singers. We love doing both. I know that Heidi, when we started, she said, 'I don't ever want to sing, ever!' Over time, we've both gone down the path of singing and screaming. It's great to mix it up. We can do both. I'm so proud of how far we've both come with our vocals. It's fun to switch it up and do new things

August Burns Red announce the Messengers 10 Year Anniversary tour this Jan/Feb with Protest the Hero, In Hearts Wake and 68′!! VIP tickets are on sale now at http://augustburnsred.vip and […] 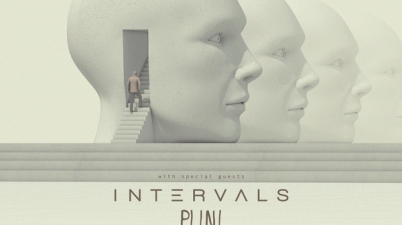 Animals As Leaders premiere new song “Arithmophobia” via Guitar World pre-orders for the band’s forthcoming album, The Madness of Many, which include an instant download of “Arithmophobia” and “The Brain […]

Modern Southern Hard Rock Band Blacktop Mojo has released the Official Music Video for their cover of Aerosmith’sclassic hit “Dream On”. The video was filmed by Nolan Cox of Nolan […]

Seattle-based death grind faction, THEORIES, will kick of a fifteen-date North American tour next week with Wake and Vermin Womb. Slated to commence October 18th in Reno, Nevada and run […]

GWARBQ ADVENTURES: Journey To The Earth Home Of Oderus

Amorphis to tour North America with Swallow The Sun

The masters of melancholic progressive metal, AMORPHIS, will return to North America next March/April for a long overdue headlining tour. Support will come from fellow Fin’s and melodic doom/death merchants SWALLOW […]

WOLVHAMMER has confirmed several new tours for the Fall season, including a previously-announced November US tour with Tombs, and now a subsequent North American East Coast trek with Abigail Williams. […]

Motograter have signed to EMP LABEL GROUP, who will release Desolation, the bands highly-anticipated sophomore album, produced by Ahrue Luster (Ill Nino/Ex-Machine Head) and mixed by Joshua Wickman (Within the […] 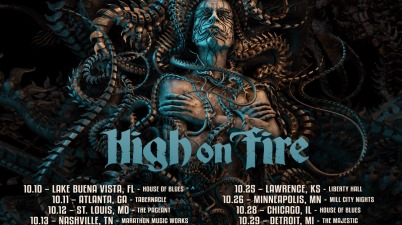 Swedish extreme tech-metal pioneers MESHUGGAH released their eighth studio album, The Violent Sleep Of Reason. In celebration of the new album, the band released a video for “Clockworks”. Tomas Haake […] 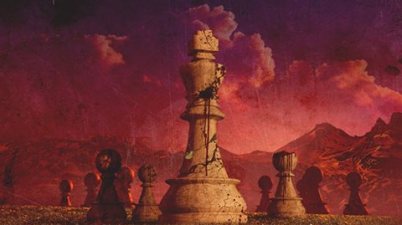 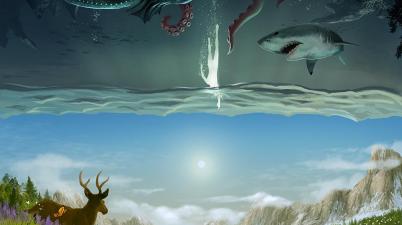 Pascual Romero, former bassist of In This Moment and vocalist of Pathology announces the launch of his new label, Apewhale Entertainment, with the signing of San Francisco progressive metal maniacs […] 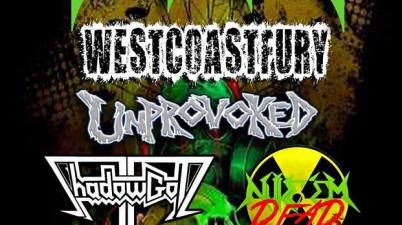 Undoubtedly the most fuzz-laden song to be issued around the globe today, Arizona stoner metal trio FUZZ EVIL‘s new single, “Odin Has Fallen,” sees exclusive premiere through More Fuzz. The […]