Heavy rock legends MOTÖRHEAD, in collaboration with West Hollywood’s famous Rainbow Bar and Grill on the Sunset Strip, have agreed to dedicate their patio to Lemmy Kilmister and re-name it […] 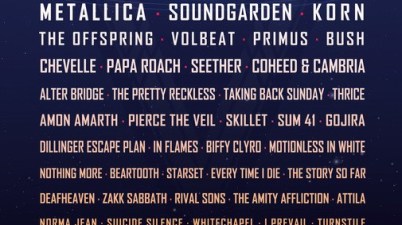 Metallica, Soundgarden, Amon Amarth To Rage At Rock On The Range 2017

An unprecedented lineup has been announced for the 11th annual Rock On The Range, May 19, 20 and 21 at MAPFRE Stadium in Columbus, OH.  Rock legends Metallica, Soundgarden and […] 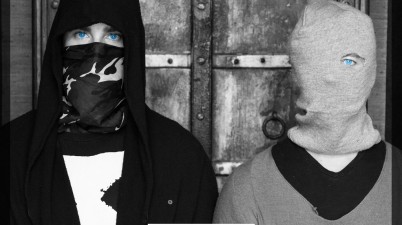 Detroit City Featuring Too $hort – “Freeky” // Out Now On Planes

Watchful eyes have already noticed Detroit City’s work with productions for the likes of Sage The Gemini and the newly re-united Cool Kids. Now they’ve joined forces with hyphy legend […]

Deth Crux Added To The Power Of The Riff Pre-Party With Excel, and Despise You

As the December Los Angeles-based THE POWER OF THE RIFF closes in, the coordinators of the gathering have added an additional day of mayhem to the event, with a pre-party […] 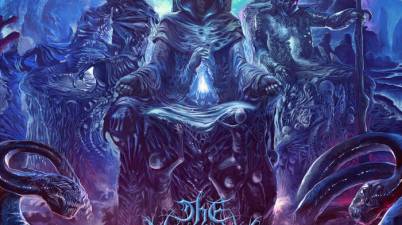 Atmospheric tech death collective WRVTH today issues the confounding video accompaniment to the track “Cease To Exist” via Decibel Magazine. The tune comes by way of the band’s self-titled full-length […]

Popular New Zealand based hard rock band Devilskin has released the Official Music Video for the second single off of their second studio album, “Pray”. The video was directed by […]

German thrash titans KREATOR have released the music video for the title track of their upcoming album, Gods Of Violence  If you dare to watch the grueling uncut version of the video, check […]

Today, New Zealand artist Gin Wigmore premiered her official video for her latest single ‘Dirty Mercy,’ the first track and video from her highly anticipated forthcoming album due for release […]

Following their recent tour with Madball, and performances at Mexico’s Off Limits Festival and Arizona’s Southwest Terror Fest, POWER TRIP prepares to head back out on the road next week, joining […]

Test Your Metal Records is proud to announce its next signing of Vancouver, BC thrashers TERRIFIER for the release of their next album ‘Weapons of Thrash Destruction’ set to be […]

Created by members of some of Sacramento’s hardest working local bands, Korean Fire Drill (because Chinese was already taken), also known as KFD, started off as 3 guys jamming out […]

New Years Day led by the charming and last remaining original member Ashley Costello returned to Sacramento this weekend to a floor capacity crowd as part of a package that included headliners Crown The Empire, Bless The Fall and new up and comers Light The Sky and Too Close To Touch.

Moscow Power Thrashers Distant Sun to Release ‘Into the Nebula’

Moscow Power Thrashers DISTANT SUN will release their sophomore full-length album Into the Nebula digitally on November 18 via Metalism Records. The album will also be released as a deluxe […]

Oklahoma City based progressive death metal trio Dischordia still have a few weeks to go before their second full-length, Thanatopsis, drops on Friday, November 25th through Rogue Records America. In […]

Columbus, OH hard rock band Beartooth have announced they will be joining The American Nightmare Tour this spring, supporting Bring Me The Horizon and Underoath. The tour kicks off on […]

Like clockwork, Italian death metallists’ Hour Of Penance are ready to release their seventh full length album, “Cast the First Stone”, through Prosthetic Records on January 27, 2017. The follow-up to 2014’s […]

Die Young who hail from the longhorn state of Texas are a hardcore band that formed sometime in 2002. In the course of being banned from Canada–twice and  denied entrance […]

Brian and Karl of Diamond Head Interviewed in San Francisco 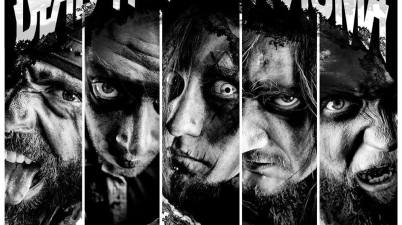 Danny Worsnop, the newly-returned frontman for UK metalcore pioneers ASKING ALEXANDRIA, has released the first single and video from his upcoming debut solo album, ‘The Long Road Home’. The official […] 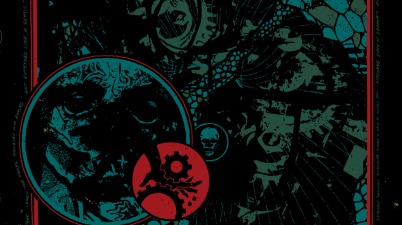 Superjoint- Caught Up In The Gears Of Application

I’m in the minority of people who think Superjoint is Philip H. Anselmo’s best band to date, yes even better than Pantera.  This Philip fronted band had me at the […]