TRENCH WARFARE are a tremendous black/death metal band that doesn’t compromise anywhere and the music is as hard-hitting as it can get. It’s a cathartic expression shrouded in darkness and […]

“Singin ‘N’ Slingin is the best body of work we’ve written so far. From start to finish, its rockin and groovin. We wanted to pay homage to our rock n roll […]

Two weeks ago, POSSESSED unleashed their highly anticipated Revelations Of Oblivion onto the world. Today the band releases the music video for “Graven”. Directed by Scott Hansen (Willie Nelson, A […]

Blasphemous black metal legion PROFANATICA will be embarking on a small run of U.S. tour dates this summer. The band will perform three shows in Oakland, CA, Los Angeles, CA, and Tijuana. […]

PELICAN, the instrumental quartet whose singular vision of heavy music eschews classification, recently announced their first full-length in six years, and today they’ve released a new song from it, along […]

Hatebreed remain one of the most relevant and impactful acts in the hard rock and metal scenes. The Connecticut band celebrate 25 years of ruthless breakdowns, pit-stirring anthems, and poignant lyrics across eight albums and consistently […] 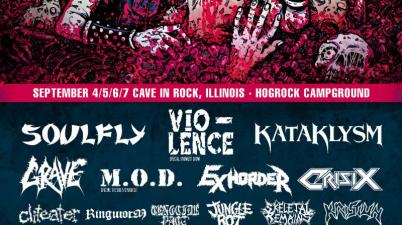 The latest visual cut from Cannibal Corpse is from the mind of horror FX veteran Doug Sakmann. The concept builds upon the world brought to life by Zev Deans in the previously […]

In the video below  DARK FUNERAL perform in Oakland, California – May 18th, 2019 also on the bill were Belphegor, Incantation, Hate, Vale Of Pnath and Nightmarer.

In the video below Tom Sundgren of Capital Chaos TV talks touring, mushrooms and snacks with Cameron Porras of Inanimate Existence @ The Boardwalk – Orangevale , California.

The Absence Streaming Their Cover Of Bad Religion’s “Do What You Want”:

The Absence are streaming their cover of Bad Religion‘s “Do What You Want” below. Should you like to have your music in a more tangible format, you can find this cover along […]

Touring, Writing And Snacks With Dean Lamb Of Archspire

In the video below, Tom Sundgren of Capital Chaos TV talks touring, writing and snacks with Dean Lamb of Archspire at the Oakland Metro, stop of their most recent North […]

The new Peter Darley Miller-directed Alice In Chains video for “Rainier Fog” can be seen below. 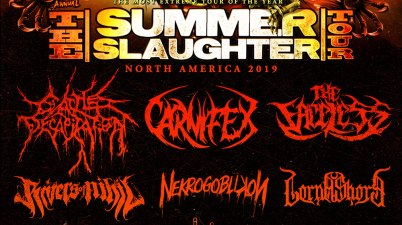 Cattle Decapitation to perform at The Summer Slaughter Tour 2019 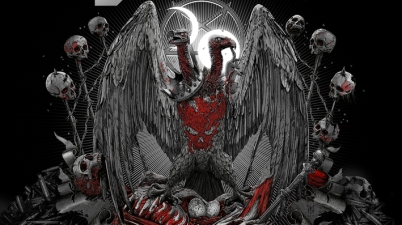 Destruction To Release Born To Perish On August 9th 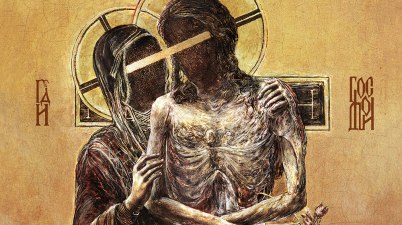 Batushka to release ‘Hospodi’ on July 12 via Metal Blade Records

Emerging from the shadows of eastern Poland back in 2015, black metal band Batushka have established themselves as one of the modern era’s most powerful and evocative bands. 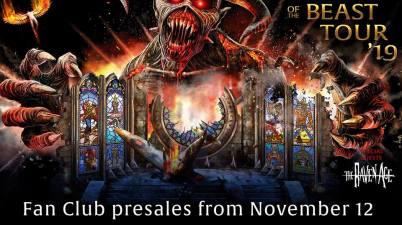 Iron Maiden are celebrating their upcoming tour of North America, Canada and South America with a live clip of “Flight of Icarus.” 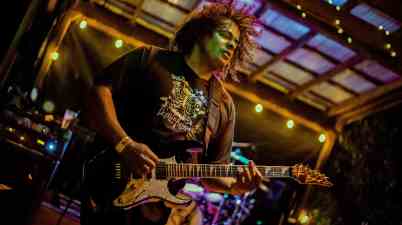 Watch FLUB Perform Live At The Boardwalk In Orangevale, California

In the video below watch videos of FLUB performing in Orangevale, California – May 10th, 2019 also on the bill were INANIMATE EXISTENCE, PRINCESS KITTEN, THE ODIOUS CONSTRUCT, WURMFLESH AND […]

Philip H. Anselmo & The Illegals premiere the below music video for “Photographic Taunts” which was captured by Mike Holderbeast during a jam session at Anselmo‘s own Nodferatu’s Lair.

Symphonic Death Metal one-man project The Outsider has just released a new Lyric Video for the track “Ancient Beast of the Apocalypse”, which features guest vocals by Snowy Shaw (former member of bands […]

Tampa, Florida-based melodic death metal group THE ABSENCE have premiered a lyric video for “Walking Shadows,” a previously unreleased track recorded during the sessions for their acclaimed 2018 comeback album “A Gift For The Obsessed.” The clip – which […] 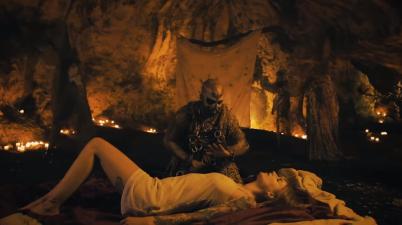 Vane premiere a new music video and single entitled “The Ritual”. This stand-alone track is the follow up to last year’s “Black Vengeance” full-length.

The Vintage Caravan Unveil “On The Run” Music Video

Icelandic classic rock trio THE VINTAGE CARAVAN are about to kick off the second leg of their European tour in support of their latest studio album Gateways (August 31, 2018 through NuclearBlast/Alda Music).

Electro-industrial metal leaders COMBICHRIST will release their razor-sharp ninth full-length album, One Fire, on June 7, 2019 via Out of Line Music. Precise, lurking, ultramodern and merciless, One Fire is […] 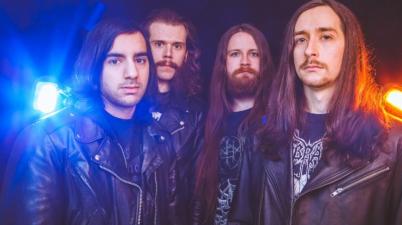 Sci-Fi Death Metallers NUCLEUS have released the premiere of “Outpost,” a new track from forthcoming album Entity. Stream “Outpost” below. 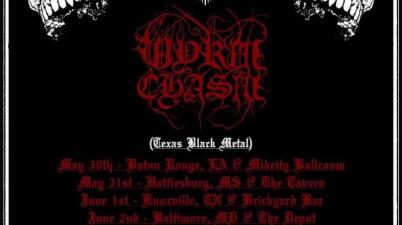 Dallas Black Metallers WYRM CHASM will embark on a U.S. tour with Louisiana Black/Death rabble BARGHEST at the end of this month. 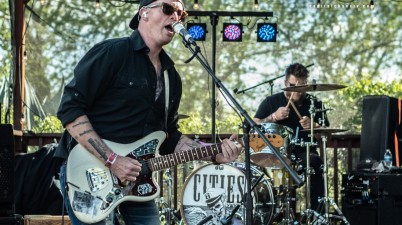 CITIES WISH YOU WERE HERE FROM 420 Fest – Marysville, California By Jennifer Black

FLUB: (Members of Rivers of Nihil, Alterbeast, ex-Vale of Pnath) “Rise From Your Grave” Music Video. 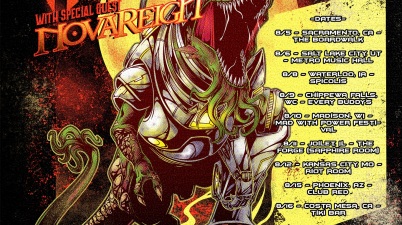 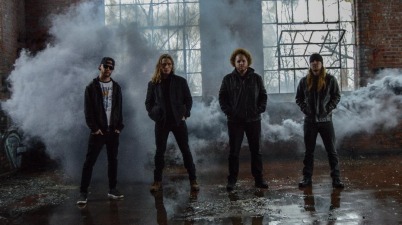 The Northmen – “We generally don’t let reviews of music or food be the judge of what we like”.

Formed in the winter of 2015, The Northmen is a metal/hard rock quartet with a mind to conquer like those of their namesake. With a combination of heart pounding drums, […] 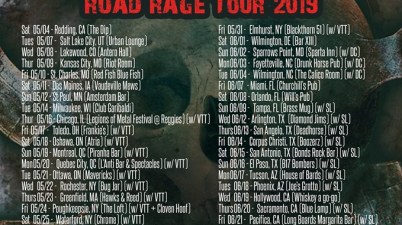 Norwegian black metal titans ABBATH have partnered with Kerrang! to unleash the the second single from their upcoming full-length, ‘Outstrider,’ which is set for release on July 5. “Calm in Ire (of […]

CANNIBAL CORPSE will kick off their North American tour supporting Slayer this week. The journey begins May 2nd in Phoenix, Arizona and runs through sixteen cities, concluding on May 25th in […]

THE BLACK DAHLIA MURDER To Kick Off US Tour Next Week

THE BLACK DAHLIA MURDER, fresh off a trek through Europe, will hit the road again next week on a two-week US tour. The journey, which includes performances at Sonic Temple […] 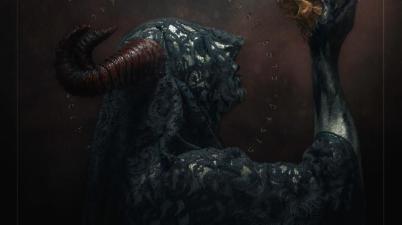 VALE OF PNATH Release Official Video for “The Darkest Gate”

Tech Death Extremists VALE OF PNATH have released the official video for “The Darkest Gate,” a track from forthcoming EP Accursed. Check out the premiere below. 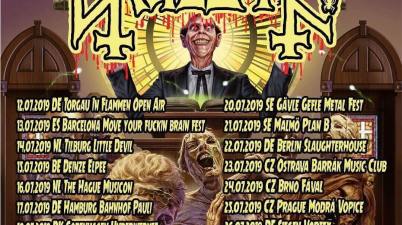