The Chicago legends of Murder Metal/Death Metal, MACABRE, have come back recharged with the premier metal label and are making their entire discography available digitally. Check out the entire MACABRE catalog here.

Cattle Decapitation performed at the Oakland Metro Operahouse in Oakland, CA with their brothers in Krisiun and Suffocation on November 4th. The setlist on the night was as follows: “The […] 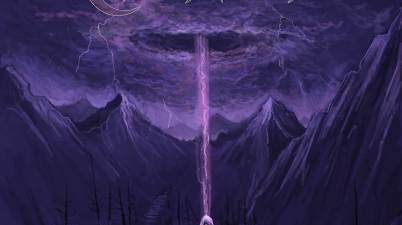 American death/black metallers with a Swedish touch, CAST THE STONE, premiere the first single “As The Dead Lie”, taken from their recently announced six-track EP “Empyrean Atrophy”, which is due for release on Agonia Records on August 31st. The […]

Cattle Decapitation To Kick Off Headlining Tour With Revocation

With no room left in hell, Chicago’s Broken Hope will be heading back to UK shores this September as part of the bone-crushing deathgrind HELL ON EARTH TOUR 2017 package. The band will […]

New Orleans’ Goatwhore is currently on the road with label-mates Whitechapel, Cattle Decapitation, Allegaeon, and Necromancing The Stone for a special trek that celebrates Metal Blade Records’ 35th anniversary […] 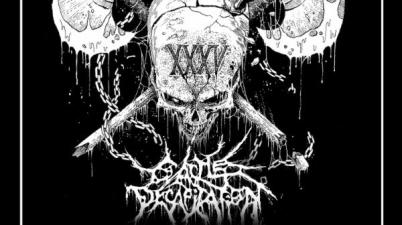 To commemorate Metal Blade Records’ 35th anniversary in 2017, four bands from the label’s much-celebrated roster will come together for a special US tour this March: WHITECHAPEL, CATTLE DECAPITATION, GOATWHORE, […]

Brujeria will release their fourth full length album, entitled Pocho Aztlan, on September 16 via Nuclear Blast Entertainment. The release will be followed by a U.S. tour this October alongside […]

Travis Ryan (vocals) comments: "Mitch Massie once again hurls us into a nightmarish world of the eye for an eye table turning that Cattle Decapitation lyrics exude, but this time in a much more surreal manner. 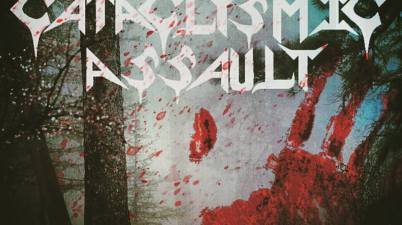 CATACLYSMIC ASSAULT is a Thrash/Death Metal band based out of Yuba City, CA

Tonight, CATTLE DECAPITATION continue their celebration at the House of Blues in San Diego, CA as party of The Summer Slaughter Tour. The tour hits the City National Grove of Anaheim on Saturday, The Regency Ballroom in San Francisco on Sunday, and the Regent Theater in Los Angeles, CA on Monday. Tickets for these shows are on sale now thesummerslaughtertour.com.

The Anthropocene Extinction is the forthcoming seventh studio album by American deathgrind band Cattle Decapitation and is scheduled for release on August 7, 2015 on Metal Blade Records The last record, Monolith of Inhumanity, dealt with future of Earth, if mankind keep its current style of life. The Anthropocene Extinction now deals with the results of mankind's influence on the environment, such as the Great Pacific garbage patch.