Bay Area Metal staples HATCHET have released the video for “Desire For Oppression”, the first single from their new LP DYING TO EXIST in stores June 22, 2018 via COMBAT RECORDS/EMP LABEL GROUP. The video is available streaming below. 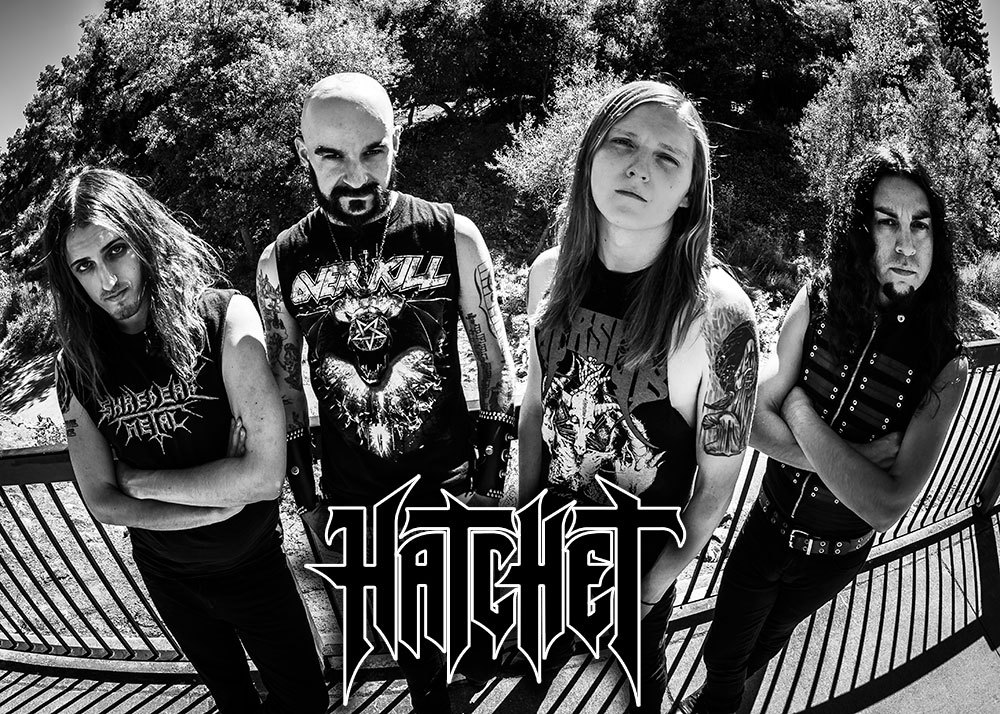 Hatchet is an American thrash metal band from San Francisco , California that was founded in of 2006.
The band was formed in 2005 by guitarist Julz Ramos and drummer Dave “Slave” value. This was followed by weekly samples in which they could develop the first songs. A short time later came guitarist Sterling “McFly” Bailey to fill. After a few more samples came as a singer Marcus “Tormentor” churches to tape. Although the band had not yet found a suitable bassist, they already played the first concerts throughout California. Later came as bassist Kirchen’s longtime friend Lou “Sheepdog” Bianco joined the band. Now with full band, the group played more gigs in the San Francisco Bay Area .

Tucson Arizona’s A Fall To Break have been added to the upcoming summer tour for Kobra And The Lotus with support from Hatchet throughout August. A Fall To Break will join both bands on the road starting August 5th in Salt Lake City and tour through the West Coast for the remainder of August. A Fall To Break continue to tour in support of their debut album ‘Disaster, Destruction And After’, which was produced by From First To Last/D.R.U.G.S guitarist Matt Good.

A Fall To Break’s brand of melodic metal has drawn comparisons to the likes of Killswitch Engage, All That Remains, and In Flames. The band have garnered huge accolades and critical acclaim in a short period of time since their inception, winning the Ernie Ball Battle Of The Bands Rockstar Uproar contest and Rock 102 KFMA’s ‘Battle For KFMADAY’ where the band earned a slot on the annual radio festival out of the of 100 plus entries that were submitted to the staton. A Fall To Break’s new album “Disaster, Destruction And After” was hailed as “a richly rewarding listen’ by the Tucson Weekly and has garnered critical acclaim.