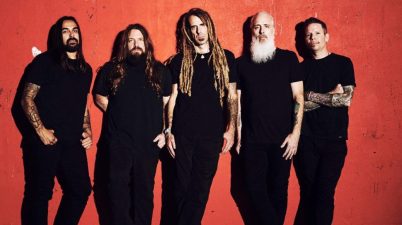 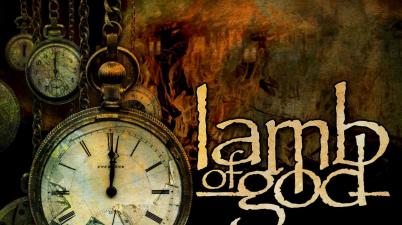 LAMB OF GOD has revealed a brand new single and video, “Checkmate,” from the band’s first release in five years and the first to feature new drummer Art Cruz. The […]

Mark Morton, the prolific guitarist of Lamb of God, has announced a new project that sees him further explore his creative drive for writing and collaboration. 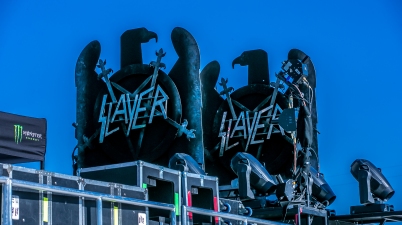 LAMB OF GOD has just announced four select one-off headline shows, set to take place during their upcoming North American tour supporting Slayer. Behemoth is confirmed as support on all LAMB OF GOD headline dates, which […]

Internationally-renowned heavy rock leaders LAMB OF GOD will support metal legends Slayer on leg one, North America, of what will be Slayer‘s final world tour. The 26-date trek will begin on May 10 and visit […]

Internationally-renowned heavy rock leaders LAMB OF GOD will support headlining metal legends Slayer, along with fellow supporting death metal group Behemoth, on what is set to be this summer’s most-anticipated […]

Lamb Of God’s Randy Blythe will be filling in for EYEHATEGOD vocalist Mike IX Williams on their upcoming Fall tour with Discharge and Toxic Holocaust. Elaborates Williams of the decision, “Once […]

August Burns Red and More Playing The Sickest Party Of The Summer – The GWAR B-Q!

The 7th annual GWAR B-Q  will be held on August 20th in beautiful Richmond, VA at historic Hadad’s Lake. GWAR will of course be performing a set full of murder […]

The tour will begin on Friday, January 15th in Pittsburgh, PA and visit several major U.S. markets before coming to a close in Los Angeles, CA on February 12th. Please see below for all confirmed tour dates.

It was a bad day, but I wish I could remember more of it.

Oh yeah- if you're out and about, watching the video on your pocket hate machine (mobile phone), try not to wander into traffic. A little situational awareness goes a long way."

On December 21, 2012, the metal community came together in an amazing way to celebrate the life of SUICIDE SILENCE singer Mitch Lucker and raise money for his daughter’s future […]