Friday was the day for legendary bay area thrash metal giants TESTAMENT to unleash new thunder to the masses in the form of their thirteenth studio album, Titans Of Creation, via Nuclear Blast.

TESTAMENT Release Music Video For “Night Of The Witch”

The time has arrived for legendary bay area thrash metal giants TESTAMENT to unleash new thunder to the masses and reveal their thirteenth studio album: Titans Of Creation which will be released on April 3rd via Nuclear […]

Trauma – Official Lyric Video For “From Here To Hell” Released

TRAUMA has released a new lyric video for the song “From Here To Hell”. That song is on the album “As The World Dies”, which will be released on February […] 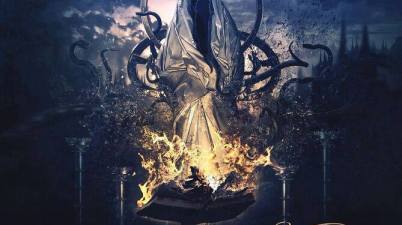 A sextet of musicians from the Houston, Texas area, Masqued contains some veterans within the underground metal scene, especially to those who follow power, progressive or thrash. Guitarist Eric Halpern […]

Trauma is also pleased to announce the welcome addition of Bay Area bass legend Greg Christian (ex-Testament) to the band’s line-up. “TRAUMA is thrilled to welcome Greg Christian to our […]

Video footage of Trinity Fallen‘s March 24 performance at the Starlite Lounge in Sacramento, California is available for your viewing pleasure. Check it out right here.

Legendary bay area thrash metal giants TESTAMENT, will launch a massive North American tour starting next April, in support of their chart topping Brotherhood Of The Snake release. Joining them are […]

Legendary bay area thrash metal giants Testament released their 11th album, Brotherhood Of The Snake, this past Friday via Nuclear Blast. Today, they have released a music video for the brand new song […] 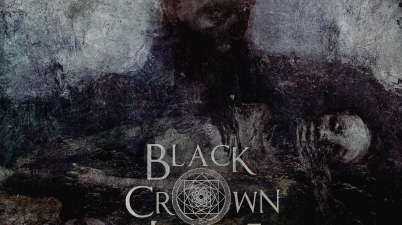 Thomas continues on their new release, "we feel it is a more than fitting next chapter for the band; one that we are truly proud and excited to enter. We hope you all enjoy it too. See you on the road!"

The new album “The Bane Of Existence” was produced by Sahaj Ticotin (RA) & Bob Marlette (Atreyu, Coal Chamber, Rob Zombie, Seether) and will be released on March 18th, 2016.

With Special Guests Testament and Carcass on all dates, the tour starts on February 19th in Chicago and wraps up in Las Vegas on March 26th

The only useful and lasting valuable assets of humanity is the human soul, this last piece behind taken daily via technology, mind control, and psychological warfare

As most of you know, Sacramento has all come together for a Memorial Benefit for The Valdez Family in memory of Sally Nava on Friday, July 17th at The Starlite Lounge in downtown Sacramento. Sally is the mother of our dear friend Randall (Randy) Valdez, who was a native of the Sacramento area and great friend to many of us in the music scene. Randy passed away in August 2010, his mother Sally passed away in April of this year. When Randy passed, he left behind three children, two of which went to live with Sally. This benefit was to support them in any way we can.

For this first recording, metal icons Paul Bostaph from Slayer on drums, Steve Smyth from Nevermore on lead guitar and Damien Sisson from Death Angel on bass were recruited to make this record happen.