In the video below THE FACELESS perform in Orangevale, California – July 14th, 2019 END_OF_DOCUMENT_TOKEN_TO_BE_REPLACED

The Faceless and Aethere @ The Phoenix Theater…courtesy of Jason Ingram 11/29/17 Petaluma, California

In the video below The Faceless perform new music @ The Phoenix Theater – Petaluma, California 11/29/17 with Aethere, Obelisk & Hemotoxin.

The Faceless is a technical death metal band based out of Los Angeles, California. The band consists of Michael Keene on lead guitar and vocals, Ken Sorceron on lead vocals, Justin McKinney on guitar, and Chason Westmoreland on drums. The Faceless is known for pushing musical limits and experimenting with things that other metal bands have not dared to venture into, such as saxophone solos, industrial sounds, and even a sample of a crying baby. The Faceless’ music has influenced an entire generation of bands and is unanimously adored by the metal community. 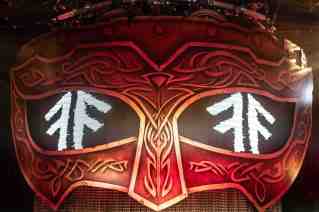