THY ART IS MURDER have returned to the states, this time with headliners CANNIBAL CORPSE. The 32-date trek kicked at White Oak Music Hall in Houston, TX on October 20th and will make stops in Ventura, Toronto and Brooklyn before concluding on November 27th in Tampa Florida. Joining the tour as special guests is PERDITION TEMPLE. END_OF_DOCUMENT_TOKEN_TO_BE_REPLACED

Australia’s premiere incendiary musical export, THY ART IS MURDER, will release their new album Dear Desolation on August 18 via Nuclear Blast Entertainment. Check out the music video for the first single, “Slaves Beyond Death,”

Comments THY ART IS MURDER vocalist C.J. McMahon: “I feel the strongest I’ve ever felt going into a record. Coming back to the fold of our band has reinvigorated me. I missed my brothers, touring, and of course all our dedicated fans around the world who have always given us their all. 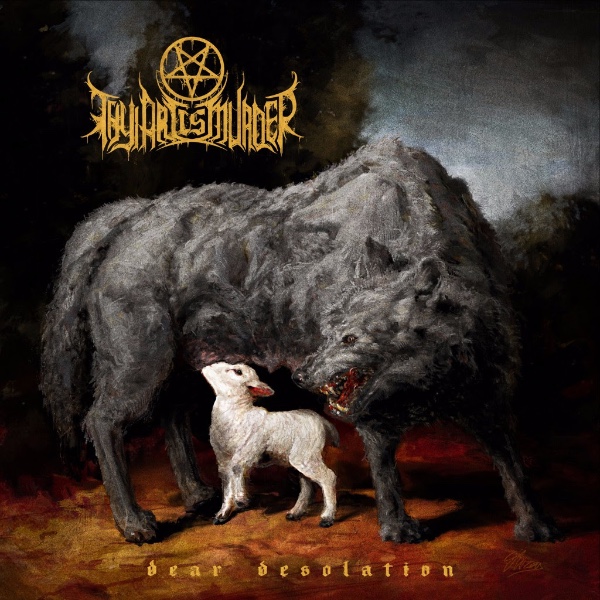 “This new record is going to shape our future; we gave it everything we could and then some. In the past, I was the weakest link and now that I have re-built myself, we are stronger than ever and nothing can stand in our way.”

Adds guitarist Andy Marsh: “Hate, War, Desolation; the trilogy series of the path mankind has laid out before himself. We are prouder than ever of our efforts on this record. A lot of time, planning, creativity and teamwork has culminated in what we think is our most completed vision yet: Dear Desolation.”

Born Of Osiris perform @ The Assembly 10/16/14 – Sacramento, California #keepitnationalandaboveground or #keepitlocalandunderground your choice.

Ivan Ibanez Tinoco of Break The Skyline recently sat down with vocalist CJ McMahon and drummer Lee Stanton of Sydney, Australia’s Thy Art Is Murder.

Ivan: Yo what’s up? This is Ivan from Capital Chaos TV and I am here with Thy Art Is Murder here is CJ and Lee. How are you guys doing?
CJ: Good man good, a bit sweaty played quite a bit of football; yeah pretty cool we are here in the Bay Area in San Francisco.
Ivan: We are here at the Oakland Metro just basically setting up before the show and it looks pretty awesome so far. Are you excited for this?
CJ: Yeah should be cool man the bands have been pretty good friends for us so yeah.
Ivan: That’s good, so you guys got done playing at the Soundwave Festival how was that?
Lee: It was good, the sponsors were really good, the shows were really fun, and we got to hang out with a bunch of people which was awesome. I got really drunk a lot, it happened quite a bit but yeah the shows were sick.
CJ: Yeah it’s cool
Ivan: That’s pretty cool, what were some of your favorite bands that you got to play with there?
Lee: Gojira

CJ: Gojira, Suicide Silence their friends of ours, The Dillinger Escape Plan also very like my best friends.
Lee: Mastodon
CJ: Mastodon is cool; I got to see Korn, Crosses.
Lee: A lot
Ivan: How was seeing Korn?
CJ: Yeah it was cool it’s like I watched Korn like few weeks ago and to watch them right now at Soundwave was ridiculous when they transformed when they were massive star band in the 90’s. So it was cool it was awesome seeing them playing shows.
Ivan: That’s pretty cool, so you guys are from Australia right?
CJ: Yeah
Ivan: So how is it playing out there than playing in the U.S.? Like is there a difference in the crowd or with anywhere in general?
CJ: I think the major difference for us is like in Australia you can do a tour for like a week or ten days but it’s such a big country but there’s like a limited amount of people so you can only play like eight or nine shows. When you come to America you can play 35 shows and travel the whole country and have like sizeable crowds every day. Where in Australia is like you just can’t play that many shows because it would be pointless if you play shows in the middle of nowhere where no one would come. So I think that would probably be the major difference as far as those concerns. Every show we play is pretty crazy, fans are always supportive, I think we are growing so strong in America, this is our third tour here, we have been coming here for nine months, and every show we play and every tour we come we would get more fans and crowds get crazier and crazier. So it helps with our dream and it helps that we would take over the Metal world and become number 1 so we are slowly taking over everything.
Ivan: Honestly I think you guys are the top in the Metal bands in my chart in my opinion also the top Deathcore bands in my chart as well, so how does it feel getting a fanbase in the U.S?
CJ: It’s really cool; we wanted to come out for a long time but we kept getting offered for short tours in short locations and I was saying that it is really rough to come here so we put off those kinds of tours till we get something decent since getting out here costs a lot of money from Australia. So by then we got our first tour and killed it and it was awesome. We met some really cool people and made really good friendships. Yeah we love the states and we keep coming back couple times a year.
Ivan: Nice hope you guys keep coming!
CJ: Oh we will man we will!
Ivan: So you guys also got done with playing a festival called “Everything Is Bigger In Texas Fest” with Upon A Burning Body and how did that go?
CJ: We didn’t play that… Or actually…
Lee: That was the last time we came here.
CJ: Oh wait sorry I thought you meant the “Never Say Never Fest”
Lee: That was really cool they were cool shows.
CJ: The shows were cool.