Suffocation and The Agonist been added to the 2020 70000 Tons Of Metal Cruise. END_OF_DOCUMENT_TOKEN_TO_BE_REPLACED

VENOM – the legendary, hugely influential British heavy metal trio notorious for causing outrage and panic, and molding the history of darker music – will see a new, three-track EP, titled 100 Miles to Hell, released digitally through Spinefarm Records on December 22. It will be available via D2C basis on January 19 in the U.S.

100 Miles to Hell features three brand new studio recordings: “We the Loud,” “Beaten to a Pulp,” and the title track. It marks the first “fresh” Venom material since the From the Very Depths studio album, which arrived in 2015.

This limited edition EP will be available on three different formats: 12″ vinyl (complete with giant poster); cassette and download; and an exclusive T-shirt, which can also be acquired as part of the bundle, while supplies last.

In terms of music, lyrics, and artwork, the 100 Miles to Hell package is cast in the classic Venom mold, pushing all of the buttons (and turning all of the crosses) you’d expect from a band led into action by vocalist/bassist/producer and original Venom titan, Cronos – an iconic performer whose ability to fuse the attitude of punk with the power of metal has long been a signature of the nefarious Venom sound. 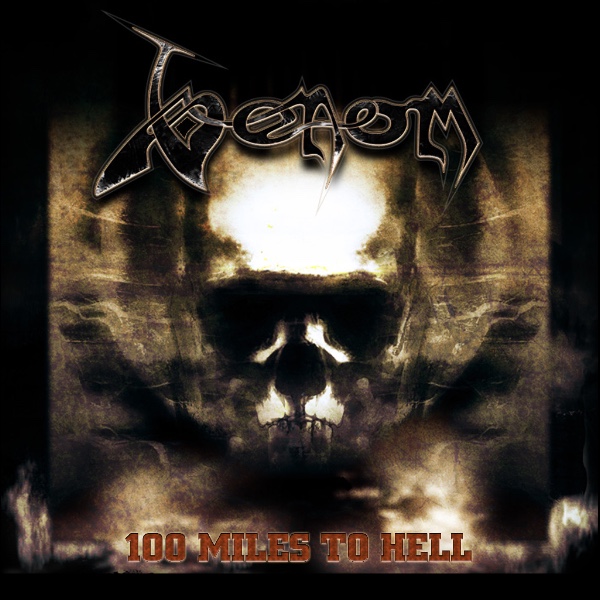 With the addition of Czech experimental black metal legends MASTER’S HAMMER, the line-up for Eindhoven Metal Meeting 2017 is now complete! The ninth edition of Netherlands’ longest-running indoor extreme metal festival will take place on Friday 15 & Saturday 16th of December 2017 at the renowned Effenaar venue in Eindhoven.
The festival is also proud to reveal its day-by-day schedule, which is subject to changes as always. The complete line-up per day is as follows:

A total of 34 bands will make their appearance at the festival. Tickets are available on the official festival website.

(New York, N.Y.): Venom announced the January 27 release of From the Very Depths (Spinefarm Records) last week, news that was met with elation among the metal community, from tastemakers to fans. The metal icons, who are pretty much responsible for authoring their own genre, have followed up the album release news by sharing the two-horns-up album artwork.

The cover is visually arresting, featuring skeletal beings bathed in red and orange tones. The image is dominated by the instantly recognizable Venom logo, and is a natural successor to the artwork for previous album, 2011’sFallen Angels, also released via Spinefarm.

And to think this is merely the cover! The album’s accompanying music slays, and early praise indicates that this could be one Venom’s best releases…ever. Even the album title is 100 percent “Venomous,” referencing the band’s infamous live intro tape.

The Melvins reveal a new animated clip for “Warhead”, a Venom cover released as part of the band’s covers’ collection Everybody Loves Sausages.

The Kyle Westbrook-directed clip is described by Metal Sucks as “What if Salvador Dalí had directed Dr. Strangelove instead of Stanley Kubrick?”

Melvins‘ frontman Buzz Osborne is about to embark on his first solo, acoustic tour with his first performance slated for this Wednesday at the Scion Rock Show in Los Angeles.