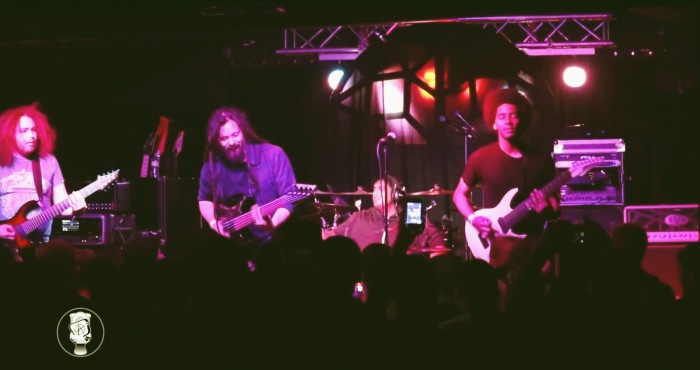 Monuments perform @ The Boardwalk – Orangevale, California also on the bill were Entheos and The Contortionist

In addition the recent announcement of working on new music, which will take shape as the follow up to the their sophomore release, The Amanuensis, MONUMENTS are also pleased to confirm headlining tour dates alongside of their recently announced North American dates with The Contortionist! Supporting MONUMENTS on the headlining dates are Entheos and sleepmakeswaves, whom will also lend their talents as direct support on the aforementioned support dates. For a list of all dates, please read below.

MONUMENTS checked in with the following comment:
“We’re stoked to be returning to the US with our friends in the Contortionist, Entheos and new friends Sleepmakeswaves. We’ve been non stop writing for the past few months, it will be great to break up this process to give us some perspective by playing for all you wonderful people out there. Hey you might even get to hear some new material and some old material we’ve never played in America if you come along! We also have some headliner shows on the run that you can check below to see if we make your city!”

Stay tuned for more album details within the coming months and be sure to check out videos for “Atlas,” “The Alchemist,” and “Origin Of Escape” which are all taken from the album The Amanuensis; in stores now via Century Media: