Recently, Nuclear Blast proudly announced the signing of Dutch epic death/black metallers BLEEDING GODS and the release of their upcoming album Dodekathlon. This new record will be a concept album and is scheduled to be released on January 12th, 2018! Today, the band presents their first single with it’s corresponding music video to the song“From Feast To Beast”. 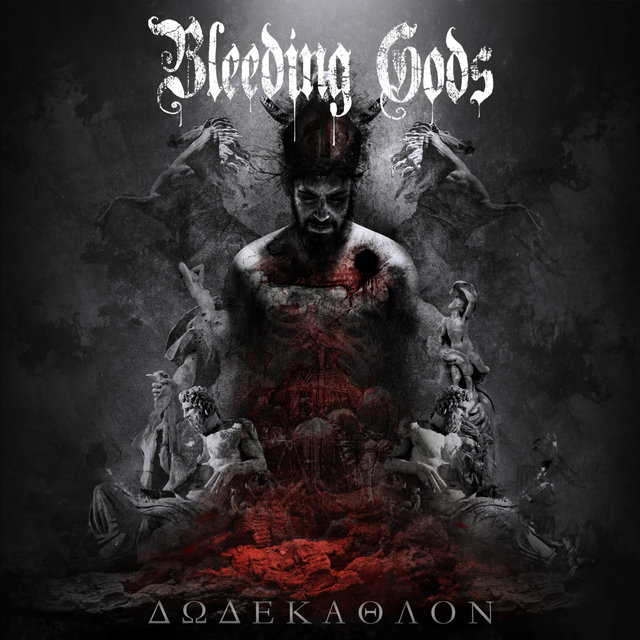 Main man and guitarist Ramon Ploeg comments the song and the video, directed by Sebastiaan Spijker: “We are really proud to launch our first single ‘From Feast To Beast‘ from the new album Dodekathlon upon you! The track is about catching the Erymanthian Boar and bring it back alive to King Eurystheus. This was Hercules’ 4th labor of the series of 12 episodes concerning his penance for slaying his son, daughter and wife Megara (more info see below). Sebastiaan did an awesome job directing the video, which only shows some band shots. It is a real joy to work with him and he has a good and fast communication, which we like. We hope you will enjoy the video as much as we do!”