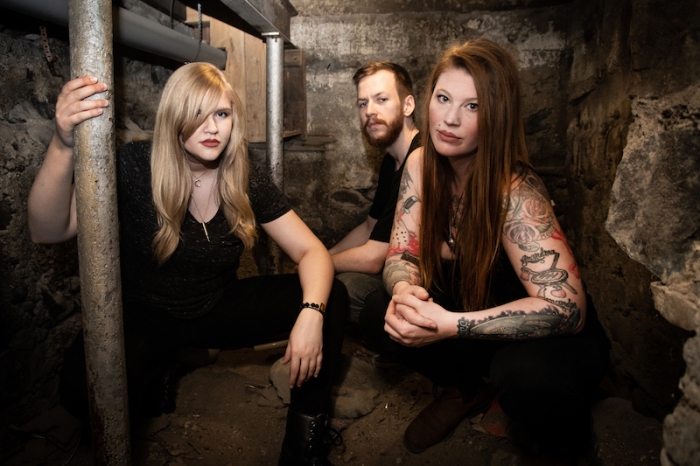 Following up from their previous EP’s, 2017’s ‘The White” and 2016’s “Anubis” – which Exclaim! praised for it’s “gorgeous, soaring vocals” and lauded as an “exceptionally heavy yet elegant stunning debut” – “Touch Taste Destroy” spans over three tracks with support from guitarist Shane Jeffers and bassist Kira Longeuay. Recorded, mixed and mastered at Noble Street Studios in Toronto, ON with acclaimed engineer Alastair Sims (Rush, Three Days Grace), track listing is as follows:

THE WHITE SWAN will hit the road this Fall as they embark on a series of headlining dates across Eastern Canada stretching into the Midwest U.S.. Catch them at one of the below shows!