Following up on their critically-acclaimed album A Maze of Recycled Creeds and the incredible thrashy EP, Kiss The Freak, technical metal icons GOROD are set to release their upcoming 10-track album, Aethra, on October 19, 2018 via their new international label,Overpowered Records. Aethra marks the 10th release from GOROD.

Produced and recorded by GOROD guitarist/mastermind Mathieu Pascal in his own Bud Studio, mixed at Dugout Studio by the outstanding Daniel Bergstrand (Meshuggah, Behemoth, Decapitated, In Flames) and mastered by Lawrence Mackrory at Obey Mastering (Decapitated, Nightrage), Aethra is poised for Album of the Year status. 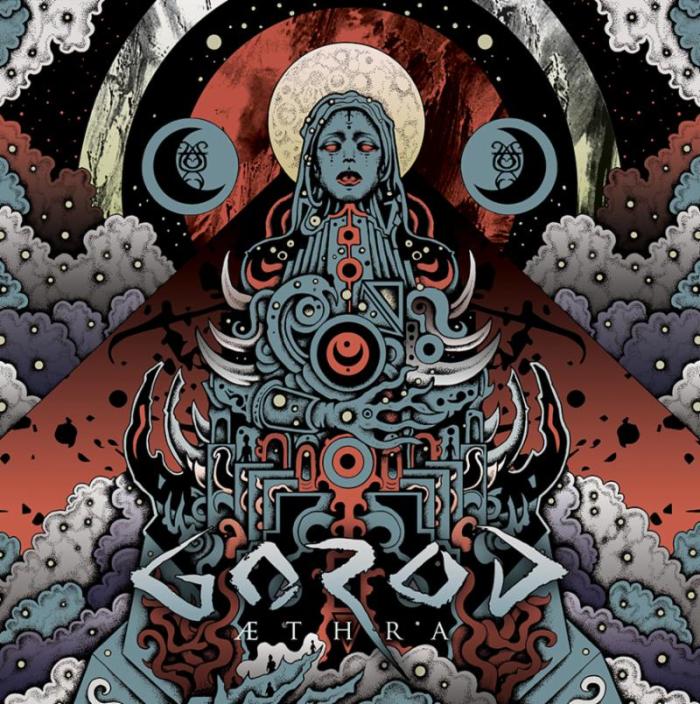 In comparison to GOROD‘s previous albums, the band sees Aethra as a profound progression in terms of production, songwriting and arrangements. Guitarist/producer Mathieu Pascal says, “We decided that I would be in charge only for the recording in my studio, and chose Daniel Bergstrand for the mixing and mastering, as we love his work for decades. It puts some pressure on me, firstly because I’m used to working alone with the production of GORODalbums. The tracks should be clear and perfect enough to be easily understood and included into the mix the way I imagined. But also, because I still feel like a newbie compared to Bergstrand and I just didn’t want to look like an amateur job! Bergstrand and McCrory did an awesome job on this album, the sound is powerful but still natural and balanced.”
Aethra track listing:
1) Wolfsmond
2) Bekhten’s Curse
3) Aethra
4) The Sentry
5) Hina
6) And the Moon Turned Black
7) Chandra and the Maiden
8) Goddess of Dirt
9) Inexorable
10) A Light Unseen