IRATA’s performance video for “Tower,” the title track of their latest full-length can be seen below, out now via Small Stone Records.

Writes The Obelisk, “If what you’re looking for is to hear a band belting out full-tilt riffs with an emphasis on rhythmic groove making, they’ve got you covered — plus melody. Tower is eight songs/thirty-nine-minutes, and the title-track, with lead vocals from drummer Jason Ward, go-crush guitar work from Cheryl Manner and Owen Burd and low-end force from Jon Case is just the very beginning of what’s on offer on the album that shares its name. 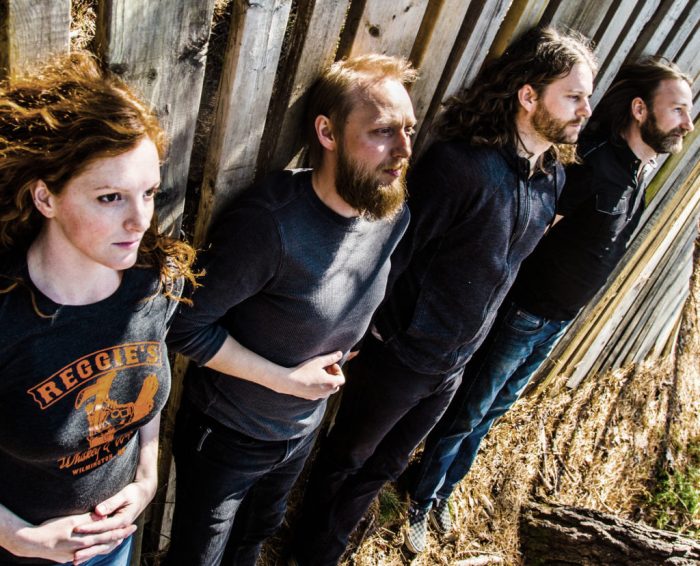 And not just because it’s the first track, either. Whether it’s the proggy winding of ‘Waking Eye’ or the wistful guitar melody in ‘Innocent Murmur,’ the Jane’s Addiction-meets-Torche vibe of ‘Weightless’ or the spacier nuance in the early going of ‘Crawl To Corners,’ there’s more dynamic on display throughout Tower than, frankly, anyone bitching about how, ‘they don’t make bands like Band X anymore,’ probably deserves. Who gives a shit? They make bands like IRATA.”