It’s 8:50 pm in the Quarter Note in Sunnyvale, California, the stage lights go off and we are left with a darkness, a few seconds later the stage is bombarded with light and Burden of Oath band members appear and right away get to work while Alan Griggs (Vocalist) greets the crowd of the now packed Quarter Note bar.

The Sacramento band Burden of Oath opened with the song “In the Beginning” which was a perfect choice to get the crowd going.

Although being a new band and only having a few live shows under their belt, these talented guys performed like they had been doing shows for years, displaying a lot of passion in their fast heavy songs with killer riffs. I at times found myself putting the camera down to enjoy the performance. 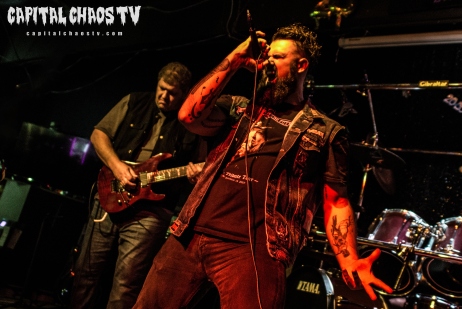 Which had a different sound from the first band. This one had more of a symphonic and industrial metal sound to it. From the second they entered the stage Sara Stone (Vocalist) caught my attention with her very cool stage attire that was all black with latex top and lots of chains tied to her belt and pants.

There was never a dull moment in their performance, from the first song they opened with (Final Strike) to the last Song they used to close their set (Wheel of Time), it was non stop action, William Wade Ozzy (drums), Inatullaev (guitars, vocals)and Karl Kaiser (bass)was on point, also Sara Stone (vocalist) did an excellent job of multitasking between singing and playing the violin as well as Julia Bergamaschi doing the distorted vocals and being on keys.

My personal favorite songs of their set list was Final Strike, Wheel of Time and The Grey Returns because it really shows Sara’s great vocal range capabilities and I also enjoyed the harsh vocals by Julia and Ozzy.

2) In the night I come alive

4) Drifting in a dream 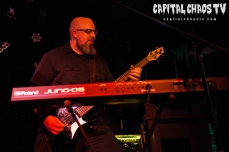 Third, was the band Shaylon of San Francisco. The band’s sound is a very nice blend of symphonic, rock, metal and a bit of classical which they are able to pull off really good.

From the get-go Susie Uher Jiménez (vocalist) blew me away with her amazing vocal range that left me in awe. You could feel energy Charly Urso (guitars/keyboards/vocals/composer),Alex Tamas (bass)and Kurt Becker (drums) brought to the stage specially when they performed the song Revelation’s Time, Astro Girl and The Goddess of Avalon.

It was now 12:20 a.m and it was time for the main event of the night, the long awaited Sacramento band Niviane made their way up the stage. The power metal band opened their set with the song The Druid King (which is also the title of their first album)which was a nice surprise since I expected them to start with The Berserker based on previous performances which by the way is another one of their great tracks.

This was my first time attending a Niviane show which featured their newest band member Aaron Robitsch (Crepuscle, Graveshadow), which also happens to be a great musician that has done work on the Niviane songs in the past even before he joined late last year.

As the show come to an end, Niviane closed their set with the fan favorite sci-fi song, Fires in the Sky, which is also my new favorite track.

8)Fires in the Sky 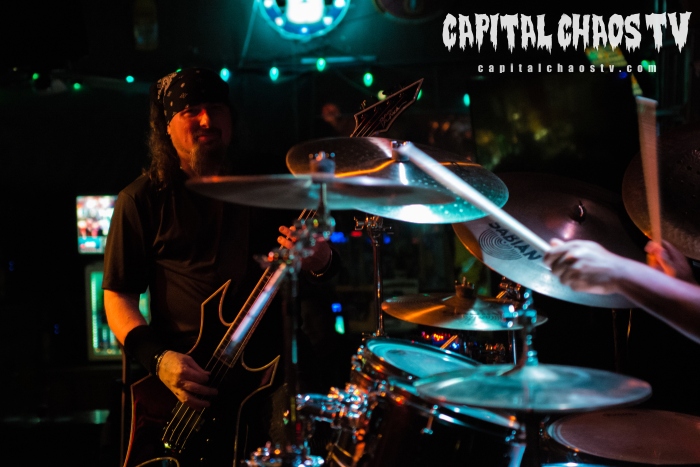 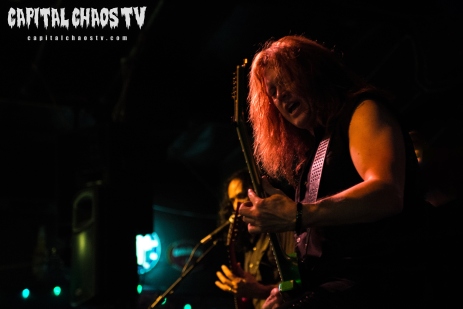 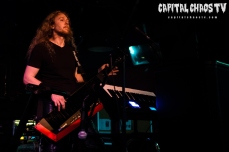 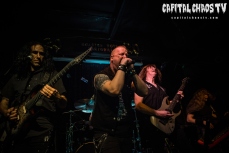 I really enjoyed this show because it had a killer lineup of local bands with very talented musicians that are passionate of what they do and If you are lucky enough to have any of these bands play in a town near you, make sure not to miss out on a hell of a show.

You can catch Niviane “The Ruthless Divine” Listening Party at The Starlet Room in Sacramento, California on Friday February 7.