Forged in the fires of internationally acclaimed acts ranging from Death Dealer and Blasted to Static to Empires of Eden and Aussie metal royalty Dungeon, Night Legion unleashes razor-sharp power metal to make your ears bleed – in the best possible way.
How did you first get in to music? Who turned you onto rock/metal? Definitely Kiss and Ace Frehley,. seeing Kiss in the 70’s made most kids want to be rockstars
How did you become a guitarist and are you proficient in any other instruments ?

I originally got involved thanks to my cousin who had a few guitars. I remember visiting him and just lusting after these guitars and in time, he was cool enough to give me one – it was a great day for a 6 year old kid. 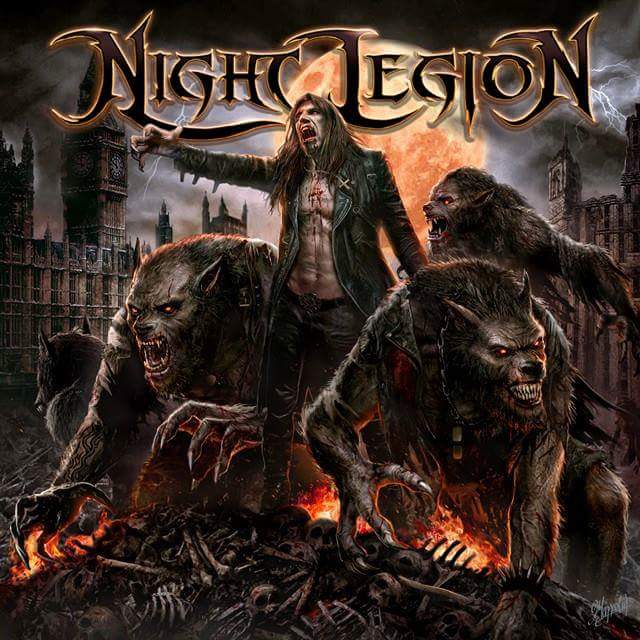 What was the local scene in Sydney, Australia like in the beginning? Was there a particular band you aspired to be like, favorite local bands back then, favorite local bands now?
Australia has had a fairly strong local metal scene since the 80’s and for me, when I got into bands in the late 80’s it was a great time. Of course I wanted to be like the guys in Metallica, Iron Maiden – out touring and dreaming of heading off around the globe
Has there been times when drugs and alcohol were beneficial to the band.
I have never been involved with drugs, but I like a drink – I think if you have good guys who like a drink then it helps with the metal vibes for me. Some people should stay away from it though if it makes them assholes.
How would you best describe your sound? Night Legion is straight down aggressive power metal really.. no prog or jazz – Just high screaming power metal
Is doing pre-sales the same thing as pay to play? Well, with the pre-sale system you get the cash back and the chance to play so they are pretty different. I have done both though and they both have their merits.
What was the first music you bought and what have you bought more than once? For me it was the Iron Maiden album (Maiden Japan), the album cover really called to me which when you’re 7 years old, really speaks more than a lot of music on the radio. 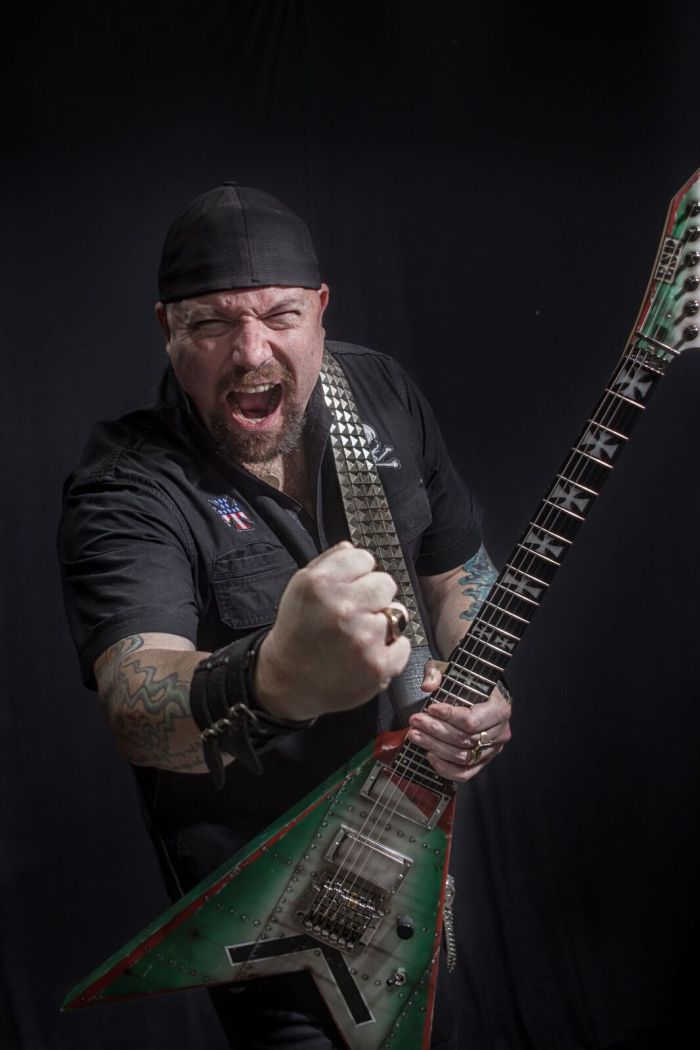 DIY forever or signing with a label at first opportunity? I like a label where the deal is good. It legitimizes sales and you have a team handling the album that is focused on the correct way to promote.  but… it’s all about the deal and signing a bad deal is something that can haunt a band for a long time.
Whats the biggest show you have played so far and do you still get nervous before a gig? I don’t get nervous anymore, but the biggest show was Moscow in front of about 8000 people
Is commercial rock radio dead? I honestly have no idea.. I don’t listen to radio anymore…
Favorite songs on the new finished album and why? I think “The Eye of Hydra” – super powerful and Vo’s lyrics are just killer
Out of all your songs which one touches you the most when you perform it? Possibly “The Warrior”, it was written for a very young fan who  is suffering but fighting health conditions.
Are there any political or social issues hidden in Night Legion songs ? No.. we stay clear of those topics..
What was the process of putting the songs in order. Writing?

I usually come up with the musical ideas and work on them with the singer. Everyone is given open movement to play what they like so we get everyone’s involvement

What endorsements do you have and what endorsements do you still want? I’m lucky to be endorsed by ESP Guitars, Atomic Amplifier, Elixir strings, DSL straps and Dunlop – I am searching for an amplifier endorsement now.
Bands you would love to tour with and musician or artist you would like to meet and interrogate. I‘d really like to head out with someone like Judas Priest.. that would be pretty amazing.
Song to be played at your funeral and 3 albums to take to your grave? Nessun dorma, Defenders (Manowar), Holy Diver (DIO)- and the three albums.. Piece of Mind (Iron Maiden), Ace of Spades (Motorhead) and Hail to England (Manowar)
Final thoughts, shout outs, dirty jokes?
Ahhh, no jokes but please drop past and check us out at our website and Facebook.

Like Loading...
‹ Gatecreeper Announce European Tour And US Tour With Cannibal Corpse and Power Trip
Watch Slayer Reign In Blood On Jimmy Fallon ›