Broken Teeth formed in Austin, Texas, in 1999 when vocalist Jason McMaster (Watchtower and Dangerous Toys) recruited former members of Dangerous Toys, Dirty Looks and Pariah for a side project that allowed band members to have some fun indulging their dirty rock influences including AC/DC, Rose Tattoo, Circus of Power and The Four Horsemen.

My brothers, as well as my neighborhood friend’s record collections had a huge influence upon me when I was young. Dusiverung all of the classic rock and pre Metal influences , would take serious enough hold on me, to shape my own music and art.

How did you become a vocalist and are you proficient in any other instruments ?

I became a singer by default maybe accident. One of my first bands had bad auditions, and the drummer and I just kind of took over the microphones. My first instrument is bass, and along the way, I picked up guitar and basic drums. It has helped in my writing. 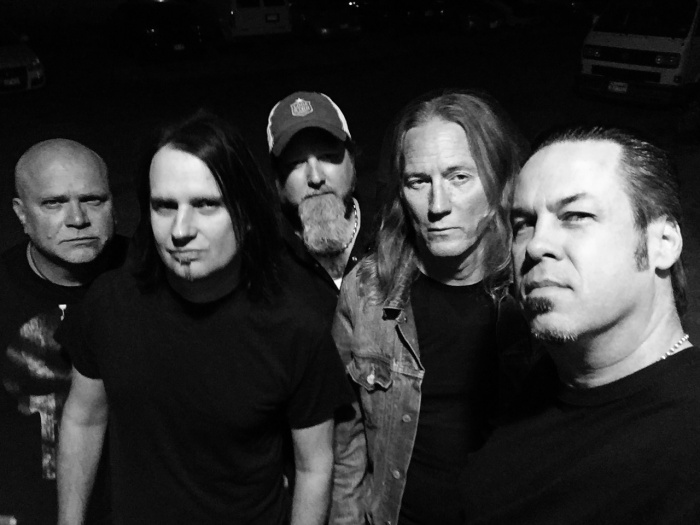 Austin music has always been good. All styles. There was not much heavy music to see in 1980 when I got here, but that changed in a short couple if years. By mid eighties, punk and metal were rampant. Fave bands were Agony Column, The Offenders, Militia. Crimson Devils, Zero Percent.

Has there been times when drugs and alcohol were beneficial to the band?

No benefit from “spirits” other than recreation or relaxation. I have used for influence if my art.

The idea was to write fun songs in a certain vein of blues rock, or, sound like AC/DC, either way, was fine with me. The sound has evolved only in the way that more influences shine through now more than our other records.

Is doing pre-sales the same thing as pay to play?

The venue sells tickets, pre sale means weeks or months prior to show day. Pay to play is clubs giving printed tickets to local bands to sell. Sometimes the bands get to keep the money, sometimes its only for incentive. The more tickets they sell, the better chances of getting paid, and more opening slots for bigger acts.

The first records I bought were early Elton John and Queen records. When available on cd, I bought them all again. I will probably buy them all again one day. Mainly Elton, Rock of the Westies, and Captain fantastic, Queen-News of the World, A Night at the Opera and Day at the Races.

How has it been signing to the EMP label so far?

Its cool, that those guys have a deal for bands they like to put out their wares. Sure we get to say we work with Dave Ellefson of Megadeth, but, it’s more than that. they care about whats going on without being there with you in the studio saying”thats not gonna work for us”. All EMP artists have 100% control. The label has been easy going and happy to have us from the start.

Whats the biggest show you have played so far and do you still get nervous before a gig?

I do sometimes get nervy, but I use it to throw into the songs. Making sure to not over excite, its like a pitcher can throw out his arm at warm up, ya gotta slide into the game. The biggest show Broken Teeth has played is a few thousand on a cruise ship. 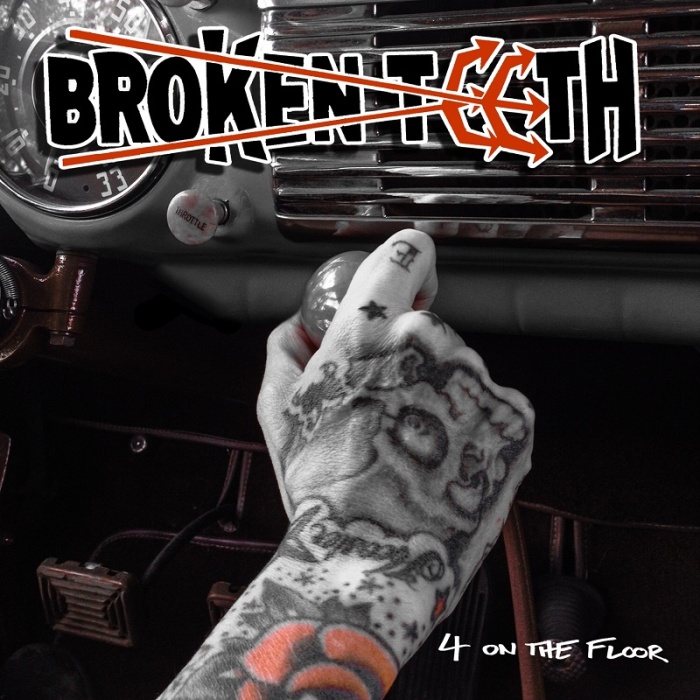 Commercial means its a product, and if all involved are pushing the hell out of it, and throwing money at it, and promoting it prior and during its release, it means that if that’s happening to a lot of artists all at one time, means commercial anything is not dead. The clincher on my side of it is, even though i am sorta in the bizness’,I don’t listen to the radio.

Favorite songs on the new finished album and why?

Four on the Floor and Sinful are faves for sure, cool weird lyrics i came up with almost randomly that worked in the end. Kinda like mixing a drink, or a smoothie, lots of random ingredients can tell a really cool story. But some truth to life lyrical moments of the record would be the song. “Borrowed Time”. check it out.

Sinful, its about fans doing and being who they feel they are supposed to be, and then all of a sudden feeling alienated, all because theyre expressing themselves when someone comes up with a reason why its a bad idea, when it has nothing at all to do with them.

Are there any political or social issues hidden in Broken Teeth songs?

I would say yes, but not deliberate to any current situation. Very vague to political stance. But believe me there is alot of ‘tell how you really feel’ moments in there, through out.

It’s all about flow. I sometimes worry about if songs are in the same key, they should not be next to one another in the running order, but sometimes that’s what the flow of the record calls for, a fast ripper in key of E can sounding cool winding down into a slow boogie slide even in the same pitch.

No endorsements, i would endorse any name brand gear if it doesnt suck.

See answers to question number 7, so in essence any of those.