Asking Alexandria team up with Black Veil Brides for a co-headline tour in 2018, with the five-week trek, dubbed The Resurrection Tour, kicking off on Jan. 10 at the Complex in Salt Lake City.

“It’s finally happening, us and Black Veil Brides sharing a stage,” said Asking Alexandria drummer, James Cassells. “A new Asking Alexandria album, headlining sets, all the f***ing production… this tour is going to be larger than life. Don’t miss out.”

The tour announcement arrives following the premiere of “Into The Fire”, the band’s first new song and video since reuniting with singer Danny Worsnop and a teaser of what is to come on the band’s forthcoming, as-of-yet untitled album (Dec. 15 via Sumerian Records) 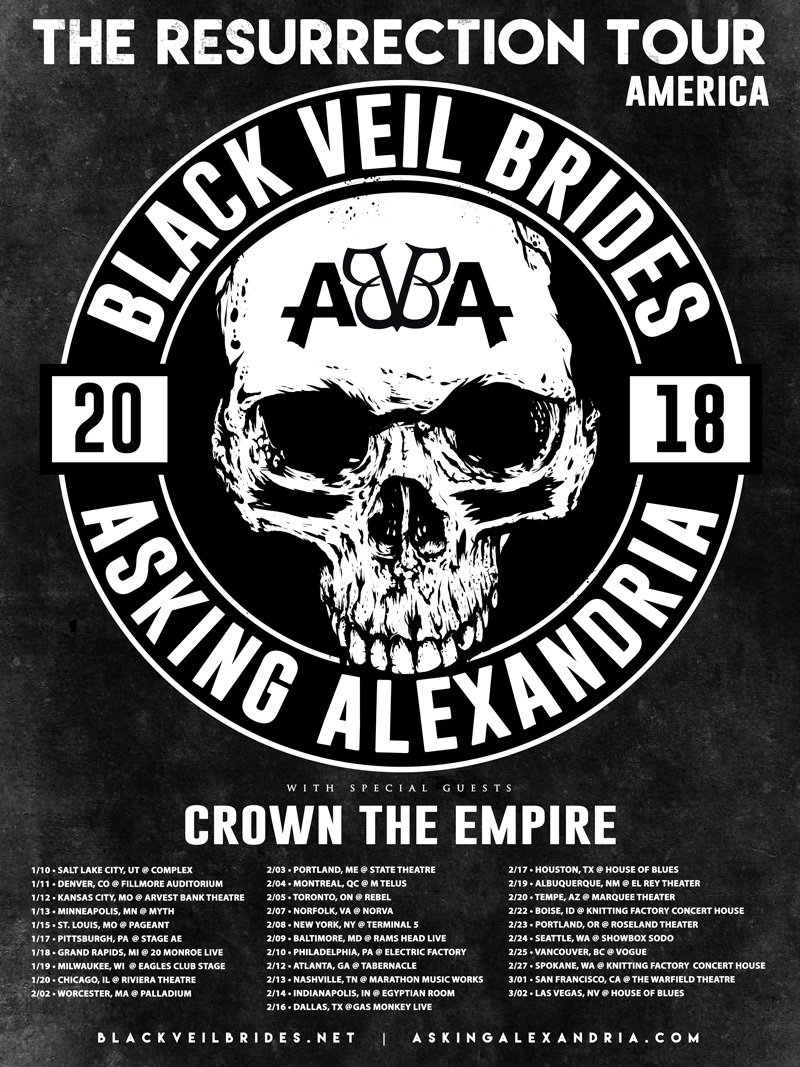 Tickets are available this Friday, Sept. 29 at 10 am local time.