Death Valley Dreams the Indie/Alternative Rock band from Wilkes-Barre, PA featuring new Cold guitarists Nick Coyle and Johnny Nova have released the video for a new song titled “Turn Out Those Eyes” on Pure Grain Audio today. Making a cameo on drums is Chad Szeliga (Breaking Benjamin, Black Label Society, Black Star Riders). The song is featured in the upcoming feature film ‘Baby Frankenstein’ and is also available to download and stream below. 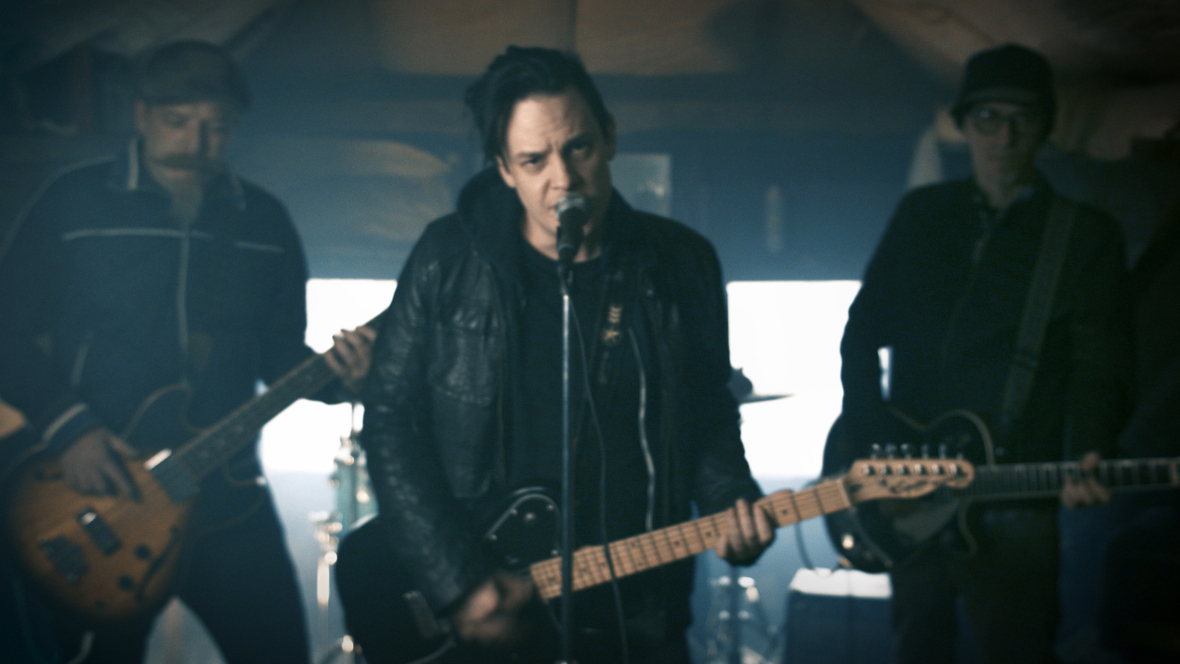 How did you first get in to music? Who or what turned you onto rock/metal?

My dad played guitar in a band so there were always instruments around. I used to “sit in” with them when I was like 5 and pretend I was playing too haha.

I took piano lessons as a kid but I really wasn’t that into it. Then I got a drum set when I was around 11. They were fun but I was drawn toward the guitar. So I started really digging in and playing a lot. At 12 I was playing with some friends. We would do Kiss, Zeppelin, and Motley Crue covers haha.
When I was 13 a local band of slightly older more experienced guys asked me to be the singer and go into the studio with them. So a week later I was recording my first demo. Then we played bars all over the area…. at 13. That shit would NEVER fly these days haha!

Have you always been creative?

I guess so….. creating keeps my mind busy. It’s therapeutic.

There used to be a great music scene here in Northeastern PA. Bands playing every night of week. Now there is literally nothing. No bands, no venues….. it’s sad really.

How did you become a vocalist? Are you proficient in any other instruments?

It was when that band that mentioned before asked me join their band. In my first band I considered myself the guitarist and would split singing duties with the other guitarist. That older band came over to see us rehearse and then called me later that night and asked me to join.

Yes I play guitar, piano/synth, and drums too. Also for the last few years I’ve been composing TV music for telepictures. Most recently my music was on Teen Titans Go, Crimewatch Daily, and Extra.

It’s all about the song. We just write stuff we want to hear. It’s really just a certain vibe or thing…. I can’t really explain it lol.

Who are some of your influences? Who can we hear in your music?

I listen to a lot of different music. With services like Spotify and Apple Music out there the choices are literally endless. But with Death Valley Dreams, it’s a little more specific ….it’s more influenced by older bands that we love like The Cure, The Psychedelic Furs, or Depeche Mode. That whole 80s synthwave thing really…. mixed with a rock band.

What can we expect from a live Death Valley Dreams show?

Well there’s no explosions or dancers if that’s what you mean.. lol. I think you will see a band that loses themselves in the music.

Do you still buy cds and records or mostly use streaming sites? Which sites do you use?

I can’t remember the last cd I bought… I’ve been a Spotify subscriber for close to 10 years now I think.

What does rock n roll mean to you?

Rock n roll is passion and not giving a fuck. It’s loud and dangerous.