“Many centuries ago, when the world was slightly younger and a little less ravaged by time’s unrelenting grasp, there existed a sprawling empire of unrivalled power. Yet, whilst its might and influence stretched across great oceans and through vast mountain ranges, its immense dominion was born not out of prosperity and industry, but from rampant fear and blind obedience…” 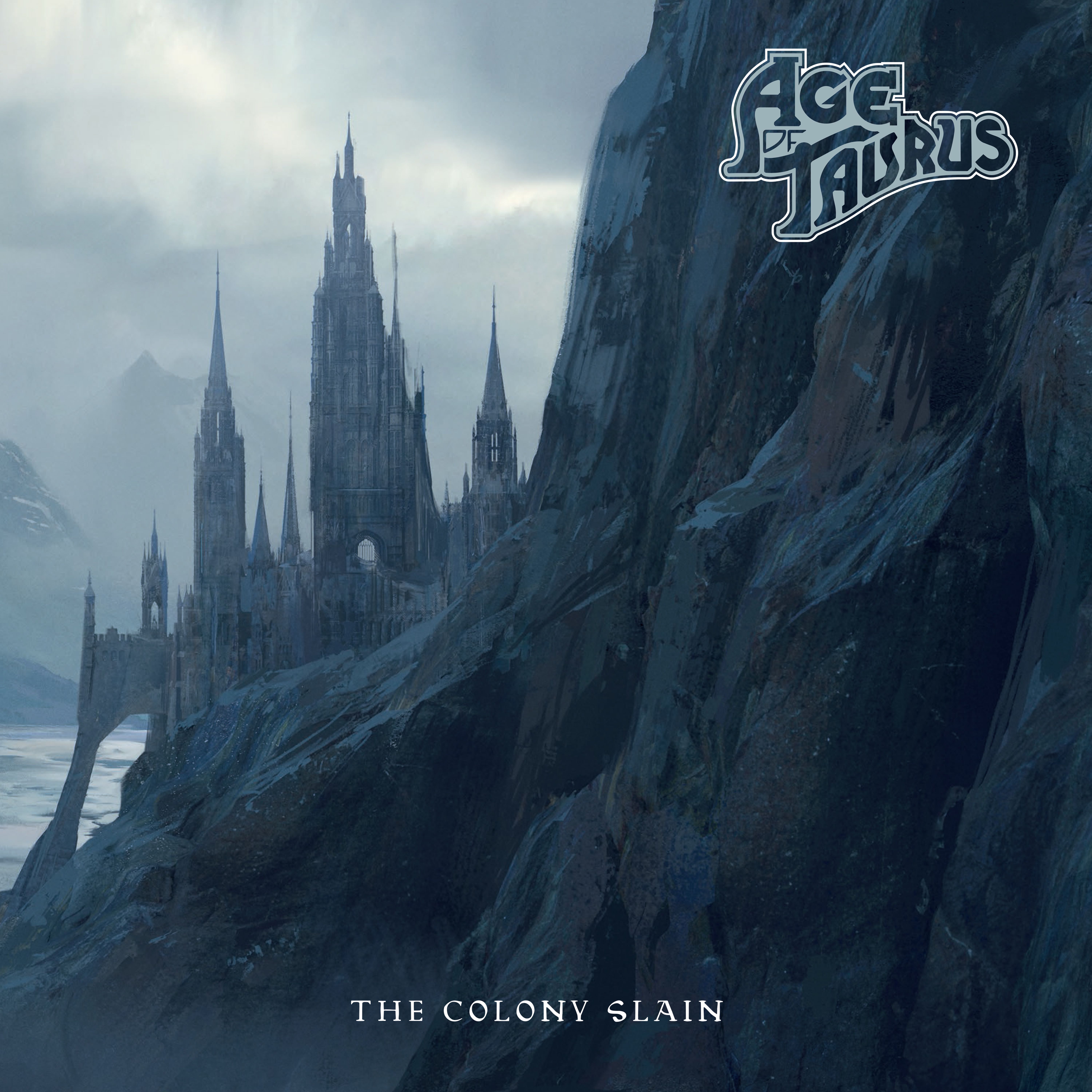 So begins the arcane tale behind The Colony Slain, the second full-length album from doom metal diehards Age Of Taurus. The album is set for release May 18th via Rise Above Records.
Nearly five years on from the release of acclaimed debut Desperate Souls Of Tortured Times, singer/guitarist and conceptual mastermind Toby W. Wright is ready to unveil a new, ultra-dramatic chapter in the turbulent saga of the Taurean Empire. Showcasing a new line-up featuring new bassist Leo Smee (With The Dead/ex-Cathedral) alongside Wright, drummer Darius Claydon and most recent recruit, guitarist Daniel Knight, The Colony Slain is the sound of a great band reborn in heavy metal glory.
Rejuvenated and refocused, Age Of Taurus have returned from the wilderness bearing the most potent of gifts. Living, breathing, thunderous proof of doom’s timeless allure and the inspirational power of the riff, The Colony Slain brings past, present and future together in a riot of heartfelt heaviness and, as the story says, unrivalled power. A new age is dawning and this story never ends…
The Colony Slain Track Listing:
1. From the Hills to the Halls
2. Taken to the Tower
3. The Trial of Blackwynn Chaise
4. In Dreams We Die
5. The Lost Garrison
6. Beyond the Westward Path
7. For Treason We Rise
8. The Walls Have Ears
9. To Seal a Mountain
10. As Ice Into Blood
11. The Colony Slain