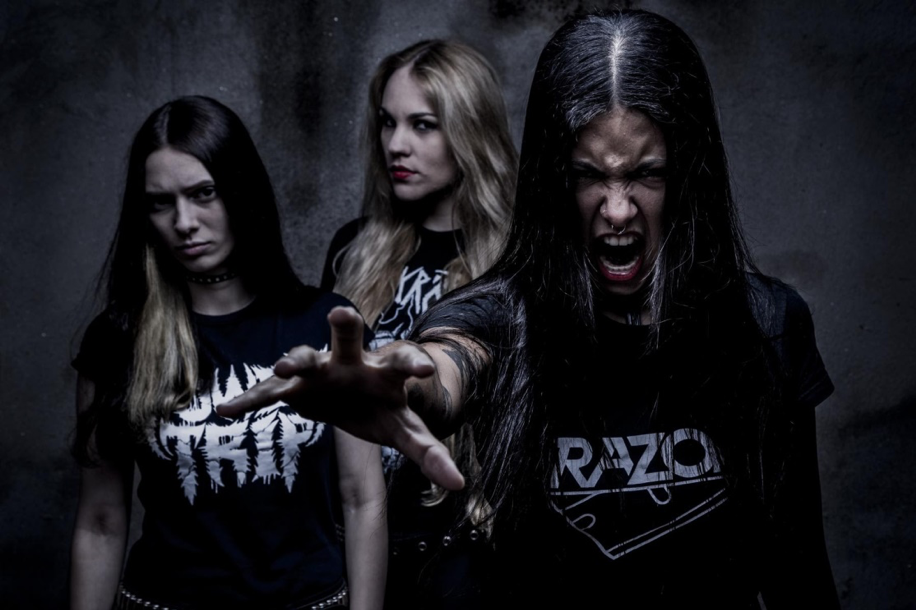 “Downfall Of Mankind” is the upcoming masterpiece by this outstanding combo which will be released on June 1st via Napalm Records. Today a new song sees the light of day: Please get ready to “Kill The Silence”!
Guitarist Prika comments on the new song and video:
“A perfect scenery to compose lyrics that encourage overcoming. It talks about things that hurt you and that you’re not alone. This new video symbolizes a new phase in the band with which I identify myself 100%!”
“I like the idea of using fire in the video, because i think the symbology has everything to do with the message in the song. Fire represents renewal and mainly purification and using it in the video really gives me the idea of triumph, overcoming and moving on!” adds Fernanda