Western Canada’s decibel breaking heavy metal festival LOUD AS HELL has put together a digital sampler available for FREE download from some of this year’s performing bands. 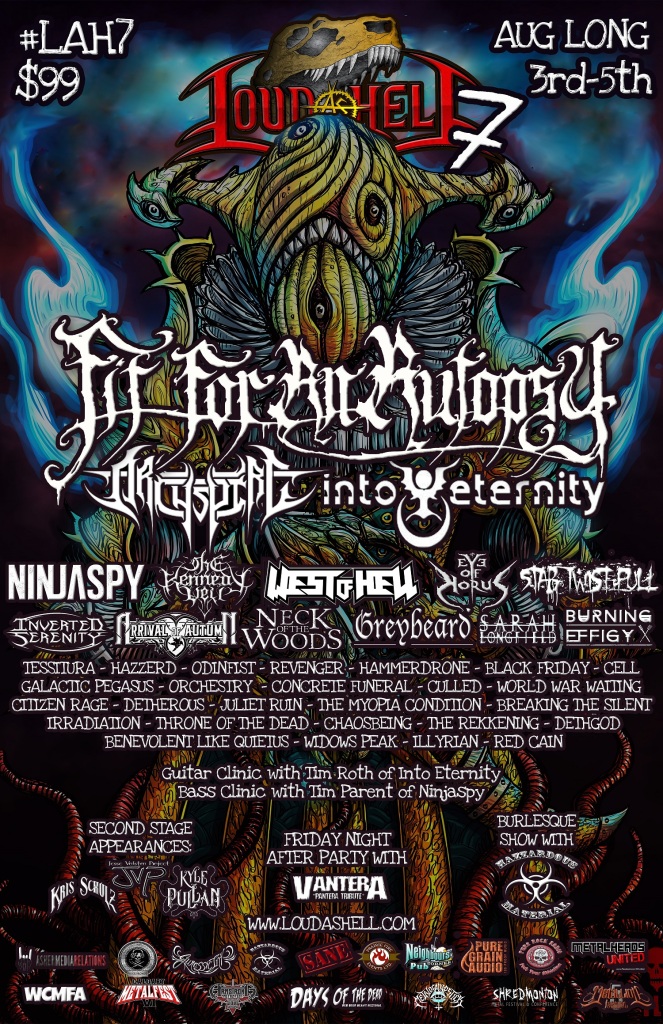 This year’s 2018 edition of LOUD AS HELL features over 40 bands from across Western Canada and beyond that includes headliners New Jersey’s deathcore titans FIT FOR AN AUTOPSY, Vancouver tech death giants ARCHSPIRE, Regina’s progressive melo-death masters INTO ETERNITY plus many more that will rage across the Dinosaur Downs Stampede Grounds in Drumheller, AB from August 3rd to 5th.

The last two years of the festival has sold out and headbangers from across country are urged to get their tickets now. All weekend passes includes camping on the Dinosaur Downs Stampede Grounds.

Weekend Passes are available at this link here.