Children of the Reptile from Wilmington, NC, are three bright youths and a grizzled veteran, who have formed an elite, team of reptilian metal maniacs in order to induce headbanging in no trifling amounts. Their lineup includes Ozzie Darden -vocals and guitar, Chris Millard on guitar and vocals, David “Pils” Hufham on bass and vocals and drummer Chase Kelly.

Ozzie Darden – I grew up listening to the radio with my dad. The first time i heard “Iron Man” I knew I was a metalhead but before that I jammed frequently to a Boston cassette tape my dad handed down to me.

How did you become a musician and what instruments are you proficient in?

Started playing sax in middle school band, got a guitar for my 14th birthday. Started singing for a punk band when I was 16. I’m capable on drums and bass and semi capable on keyboard and mandolin.

We’ve always had a strong hard rock/metal/punk scene in Wilmington. Sometimes it’s more active than others. We didn’t really aspire to be anybody in particular, we always wanted to do our own thing. ASG, Weedeater, and Thunderlip were big local favorites then. Our favorite fellow local band right now is Mortal Man, who we’d recommend to any fan of heavy music.

What does heavy metal or hard rock mean to you?

Forward looking traditional heavy metal. Our foundation is, and always will be, in Iron Maiden, Metallica, Manilla Road, Black Sabbath, bands of that nature. But we’re very inspired by more modern and proggy bands like Death and Mastodon. We want every riff to catch your ear but we want to move songs in a lot of different directions too. We love the New Wave of Traditional Heavy Metal but we don’t just want to play metal like they played in the early 80’s. A lot of great metal has happened since then and it’s in our approach. 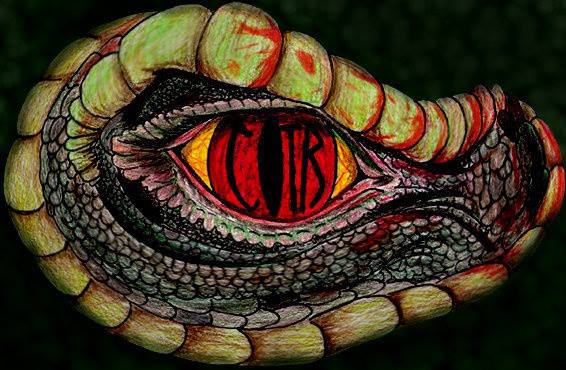 Is doing pre-sales the same thing as pay to play?

If you have to meet a certain number of sales or pay out of pocket, then yes, absolutely. Nothing wrong with doing a little legwork beforehand though, so long as the promoter is working too.

First thing i ever bought was Kris Kross’s debut album on cassette, haha. RIP Chris Kelly. Most of my favorite records I probably have bought on both CD and vinyl at some point, or rebought worn out or scratched up CDs. So, a lot of Maiden, Sabbath, Blind Guardian, Rush, Metallica, Mastodon in various formats.

DIY forever or signing with a label at first opportunity?

I think we’d sign under the right circumstances. It’s nice keeping all the money we make right now, but we’re not ideologically committed to DIY. We try to do whatever makes the most fiscal sense for us, haha. It’s never come up, really.

What is the biggest show you have played so far and do you still get nervous before a gig?

We opened up for D.R.I. recently and their bassist, Harald Oimoen gave us high praise. That meant a lot to us because he co-wrote “Murder in the Front Row.” He was around San Francisco during the heyday of the thrash metal scene there. I wouldn’t say we get nervous before playing, except in the sense that we’re all anxious to get on the stage and play. We always feel like we’re gonna kill it and we can’t wait to get up there and do it, haha.

Yeah. The Telecommunications Act of 1996 killed it.

Favorite songs on the new finished album and why?

Halls of the Skeleton Lord. It’s a riffy weird progressive type song with a big finish. One of my proudest moments.

Are there any political or social issues hidden in your band songs?

Not really, most of the lyrics are just fantasy and sci fi stories. Some are based off of other works, most are stories I come up with myself. “Maneater Mildred” is a little bit of a feminist song, I guess.

I sort of like to construct set/album orders like a batting order in baseball. Speedsters up front, heavy hitters in track 3 and 4. Once track 4 hits the grand slam and we’ve got the audience by the balls, give em some of the weirder stuff. Always close with the most “epic” song.

No endorsements, haha. We’ll take some though. Chris and I work for Mojotone and use some of their pickups, I guess that’s close enough.

Visigoth is currently taking our world by storm, we’d love to tour with them cuz we’d match up real well. As for who I’d like to meet, gotta go with Rob Halford. Follow him on Facebook if you don’t already, he seems like the coolest dude ever. (On top of being one of the most legendary singers ever)

Do you still buy cd’s or mostly use streaming sites? Which sites do you use? What do you like about them?

I buy CD’s or vinyl at shows, I love physical media. I hate using spotify and youtube because of ads, but Bandcamp rules. I buy so much music on there. As a musician, we get a better cut from bandcamp than everything else and it’s much more transparent about the cut they do take. It’s so much better than every other platform for consumers and artists alike. BUY MUSIC ON BANDCAMP!

Top 5 albums or songs released this year so far?

Little early for me to give that good of an answer to this, but I’ll give it a shot! I’ll stick to metal, too.

Top 5 books and movies released this year so far?

I’ve only seen one movie this year and all the books I’m reading are not from the present year. BUT, the one new movie I’ve seen was ANNIHILATION, and it was a fan-fucking-tastic piece of sci-fi filmmaking. Go see it while in theaters, it’s worth it. I’ll go with you! Just fucking see it!

Feels like Nazareth’s “Hair of the Dog” is the obvious answer here. As far as 3 albums to go to the grave with: Iron Maiden – Powerslave. Rush – Farewell to Kings. Thin Lizzy – Jailbreak.

Heavy Metal Is The Fucking Law. Shout out to all my homie’s who come see us at the local dives, and the bands we toil in obscurity with all the godamn time. Big shout out to mom and dad for buying me guitar shit as a kid. Louder shout out to my wife Molly for always making me look forward to coming back home.

Like Loading...
‹ Concert Photo Review: Diversity Of One at The Boardwalk
Ghost Unleash “Chapter Four: The Accident” Music Video ›

Tags: Children of the Reptile