CITIES WISH YOU WERE HERE FROM

Cities You Wish You Were From is a rabble-rouser of a band. Energetic and bigger than life, Cities likes to try to straddle all the lines: the line between blues and rock, the line between soul and country, the line between precise and gnarled. Cities makes music for the working-class. They make the most sense in California biker bars, New Orleans blues-boxes, and Oklahoma vet halls. Their sound is far larger than what two men should be capable of. This is a combination of technology, trickery, several amps doing several different things, and their 6’5″ drummer.

Most of all, Cities is a touring band: they are most comfortable on the road. They play between 80-120 shows a year, limited only by time spent on recording new material to then take back on the road. Cities likes beer, Son House, Hagstrom guitars, DW drums and the inside of their van. But most of all, they love their fans.

Cities You Wish You Were from is sponsored by A Little Thunder Pick-Ups. They play Fender, Hagstrom and Airline guitars, Egnater guitar amps, Aguilar bass amps, and DW drums. They tour in a ‘99 Toyota Sienna. 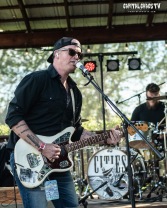 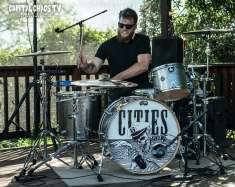 Tags: CITIES WISH YOU WERE HERE FROM