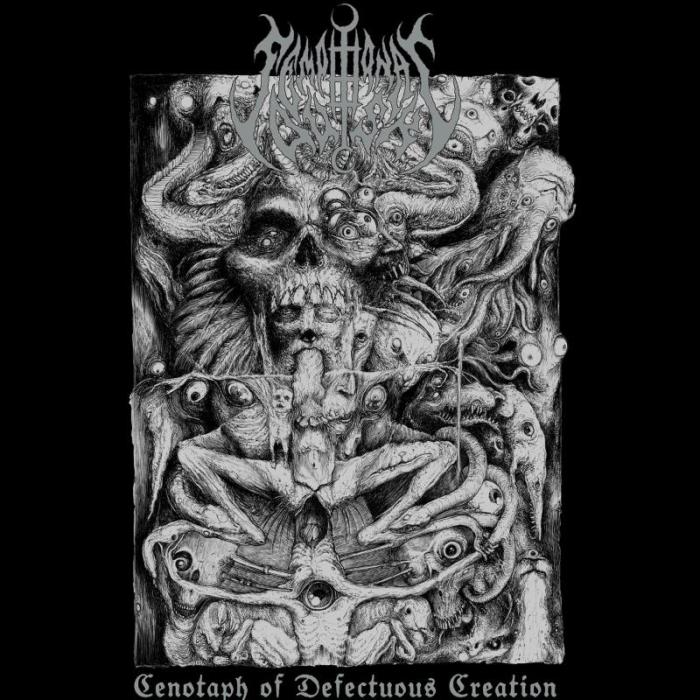 Five tracks of pummeling mid-tempo death played with intent and a disdain for modern ‘death metal’ cliche. Recorded and mixed at The Autopsy Room (DRAWN AND QUARTERED, SPLATTERHOUSE, ALDEBARAN) and mastered by Dredged Oblivion. The murky production of the previous full-length has been dialed back in favor of a bolder and sharper sound, while retaining the despondent atmosphere. Featuring new artwork by the unholy D. Desecrator.
Cenotaph of Defectuous Creation will be released September 27 on CD, vinyl LP, and digital formats via Dark Descent Records.