Hard-rockers Stitched Up Heart premiere new song and title track “Darkness” today with Loudwire. Check out the lyric video below.

The song is off of the band’s forthcoming sophomore album Darkness out spring 2020 via RED MUSIC. 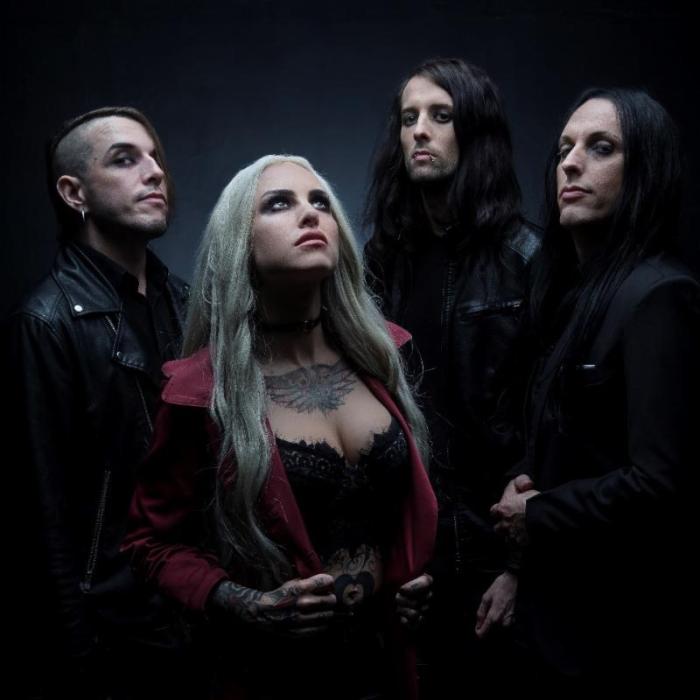 “The song Darkness is dedicated to a few of our closest fans of the band,” states Stitched Up Heart frontwoman Alecia “Mixi” Demner. “It’s about going through dark times over and over again and not being afraid anymore. Knowing that you have made it through before and will make it out alive again.”
“Darkness” follows the release of “Lost” feat. Sully Erna of Godsmack. Listen to “Lost” HERE. Both tracks are off of the band’s forthcoming full-length album, Darkness, which was produced by From First To Last singer/guitarist, Matt Good (producer of Asking Alexandria and Hollywood Undead).
Darkness is the follow up album to the Stitched Up Heart’s debut album Never Alone, which charted at #7 on Billboard’s Hard Rock Albums chart, #14 on Billboard Independent Albums chart, #23 on Billboard Top Albums chart and at #4 on Billboard’s Heatseekers chart. The album features the hit track, “Monster, which peaked at #25 on Billboard’s Active Rock chart and #27 on the Mainstream Rock Songs Chart. Additionally, the band has clocked in over 9 million US streams to date and received praise from outlets such as Billboard, Alternative Press, Revolver, Loudwire and more.