Aftershock Festival is an event where simply parking and getting in can be an adventure in itself. It’s held at Discovery Park, along the confluence of the Sacramento and American rivers, between Natoma’s and downtown Sacramento. Besides the traditional methods for getting to a concert, you could also bike in using the bike trail and there’s free bike parking at the venue where your cycle will be kept safe. You could even park downtown and rent a scooter to ride over to the ADA entrance on the west end of the park. A shuttle service is also offered, to off-site parking. 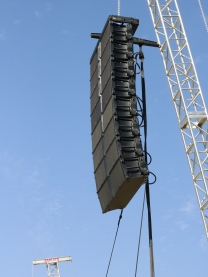 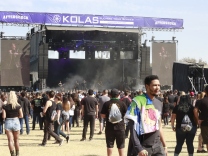 Once inside, there are several vendors, food tents and beverages to choose from. Despite the fact that all the bathrooms are portable, they are well kept and set up with hand washing stations. There is plenty of space to sit in the shade of a tree and eat your food, or get close to your favorite band. With 3 stages, there is a band playing almost constantly and only occasionally will you find 2 bands playing at the same time. 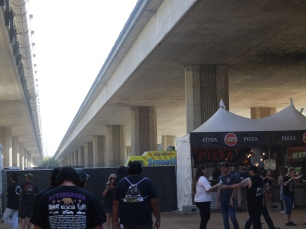 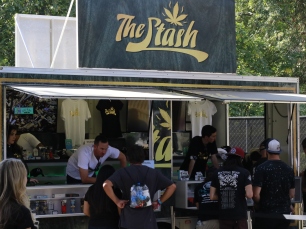 This year’s lineup featured chart-topping artists like Tool, Korn, Stone Temple Pilots, Staind and Blink 182. Additionally included were the heavier sounds of Slipknot, Rob Zombie, Lamb of God & Gojira – Just to name a few. There were also top bands from around the world, like Bring Me the Horizon (UK), Babymetal (Japan) and The Hu (Mongolia). 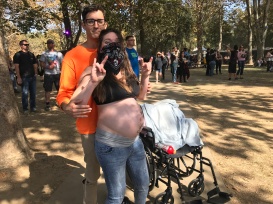 There seemed to be an enjoyably overwhelming amount of musicians to see. The artist’s start & end times were coordinated perfectly by event management, with just enough time for people to maneuver into position for the next show. Crowds were managed well with the use of wristband access points, well placed fencing and sturdy aluminum barriers.

Even with a busy lineup, Capital Chaos TV was able to get some quality interview time with two up and coming bands, Santa Cruz and New Language.

The VIP section offered additional amenities, like shorter lines at the food and event merchandise vendors, shaded rest areas, plenty of seating areas, air-conditioned restrooms , a giant viewing screen with quality audio, and easy access to hilltop viewing areas for both the Kolas and Monster Energy stages. If having more opportunity to sit down, shade trees, additional food options and less walking are something you’re looking for, then the VIP package is worth the extra cost.

Overall, I felt safe in every area of the event. Even with the regular pushing and shoving that can be expected at an event of this size, almost everybody was polite enough to say, “excuse me” or at least try not to knock people down as they squeezed by. Unless, of course, you were intentionally (or unintentionally) caught in any of the circle pits that formed near the front of almost every show. There was plenty of event staff available to come to the aid of those that did experience injuries, along with well staffed mobile medical crews.