Midnight, the witching hour – even more so in the final night of October to the 1st of November, when according to the popular American Halloween tradition all sorts of ghosts, vampires, and other nocturnal creatures are roaming around in seach of sweets and other treats.

There is no better time to announce a true metal monster for the upcoming 31st edition of the Wacken Open Air: SLIPKNOT! 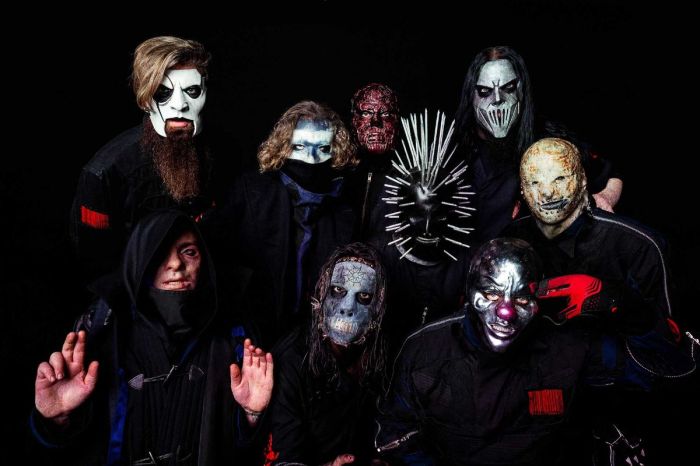 The mask wearing metal maniacs from Des Moines, Iowa have not just evolved into massive chart strikers since their foundation in 1995, but have also earned a justified reputation as a most impressive live act. Anyone who has witnessed the 9-piece band fronted by exceptional vocalist Corey Taylor on stage knows which enormous power their unique baselball bad wielding brand of modern metal can achieve live. Almost one year after the American headliners released their current album “We Are Not Your Kind”, SLIPKNOT will enter the mainstage at the Wacken Open Air – for the first time ever at this festival.

Thomas Jensen comments: “We are thrilled and admittedly a little proud that one of our great musical dreams will finally come true next year, when Slipknot will be on stage for the first time at the Wacken Open Air”, says the festival co-founder and organiser. “We are also glad for this opportunity to state once again that being sold out is never a reason for us to stop working on delivering a great billing. We would like to thank our fans for their continued trust and hope that this announcement will be as great for them as it is for us.”

Like Loading...
‹ Watch A Full Set Of ABBATH Live In Berkeley, California
PHILIP H. ANSELMO & THE ILLEGALS To Kick Off US Tour Supporting Slayer This Weekend ›