Watch A Full Set Of NIRVANA Live In Sacramento, California

In the video below, legendary grunge rockers NIRVANA, perform a full set of material at now defunct Cattle Club in Sacramento, California. February 12, 1990. 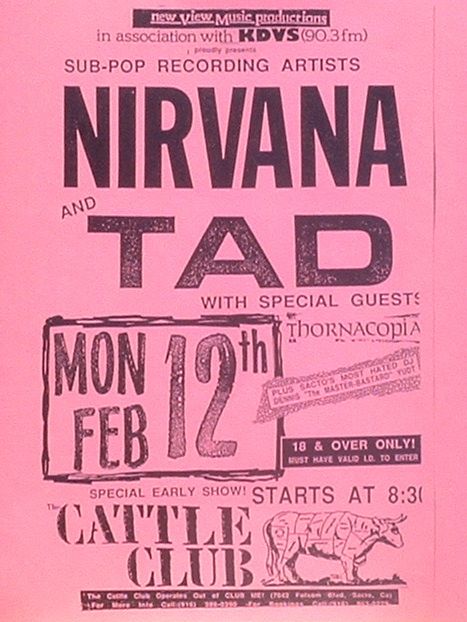 Nirvana was an American rock band formed in Aberdeen, Washington in 1987. It was founded by lead singer and guitarist Kurt Cobain and bassist Krist Novoselic. Nirvana went through a succession of drummers, the longest-lasting and best-known being Dave Grohl, who joined in 1990. Though the band dissolved in 1994 after the death of Cobain, their music maintains a popular following and continues to influence modern rock and roll culture.