I arrived at Slim’s around 7:20pm, expecting a huge line by the door. There was no one there except for the security crew. Once inside, I saw about 50 people waiting for the show to start.
First band on stage were Hydraform (Denver, CO). As the band started playing their first song, some of the audience came up to the stage, the second row of audience was about 6 feet away. Most of the people stayed in the rear section of the venue. After the third song, the sound engineer came up on stage and told the vocalist (Carter Pashko) that his screaming was overpowering the microphone.

Only one person from the audience responded by saying “be quiet”. After the next song was over, the vocalist started to dis LA, saying that LA traffic sucks and people there didn’t get Hydraform music. Then he proceeded to shout that SF is awesome and the audience here rocks! There was no reaction from the crowd. Everyone was just looking at the stage and probably waiting for this set to be done. 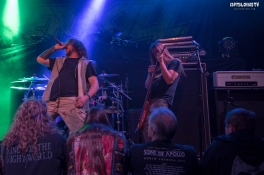 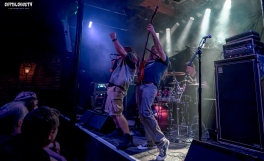 Next on stage were Exhorder (New Orleans) in support of their album “Mourn the Southern Skies”. By the time the band entered the stage, the venue was packed. I’ve read online that one of the founding members, Vinnie La Bella, has left the band. Even though the band was missing one guitarist, that did not stop them from giving their best, world class performance and making the crowd go crazy!

Song after song, the crowd was head-banging and the mosh-pit was growing bigger, at one point reaching half the size of the venue. The vocalist and the guitarist were both head-banging most of the set. The band played the material from all three of their albums. It was a good challenge at times, to take a decent photo of the band from the crowd. Would definitely love to see them live again! 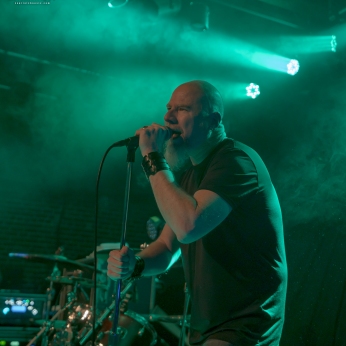 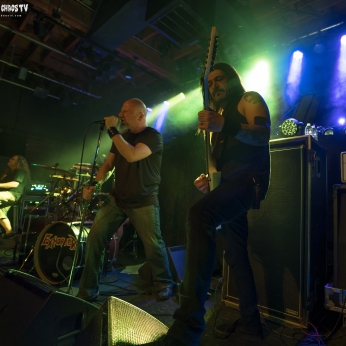 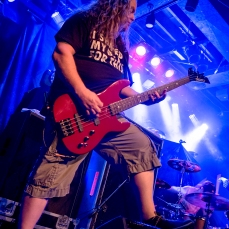 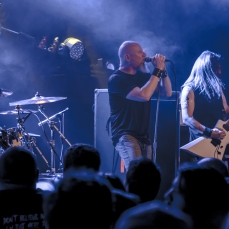 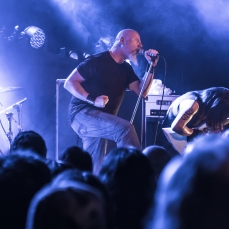 Headlining the show were Overkill for their Wings Over USA tour. The crowd was already pumped and ready for the set to start. The band made their way up the dark stage, as soon as the band started playing the first song from the set list, “Last Man Standing”, the stage and the crowd lit up in bright blue and white lights. The mosh-pit started from the first notes of the first song and has lasted most of the set. At one point between the songs, Bobby “Blitz” pointed into the crowd and said “Don’t be a pussy, you know what I mean!”.

The crowd went insane as soon as the next song started, there were at least 10 guys that were crowd surfing, and the security had their hands full. I made my way to the left side of the stage, where Derek Tailer (Rhythm Guitar) was. He was interacting with the audience in front of him and definitely having fun. The band performed the material spanning their whole career. Overkill are thrash legends, and definitely know how to keep the insane energy going the whole set. This was an unforgettable experience. 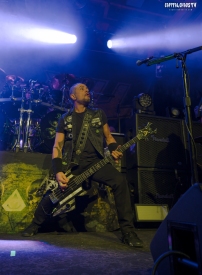 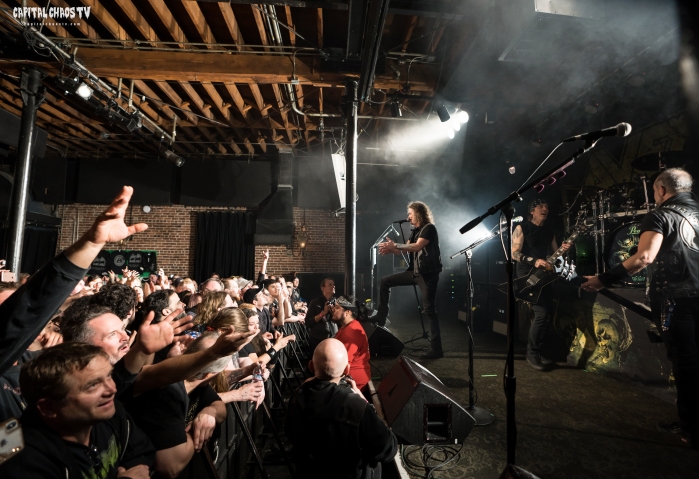 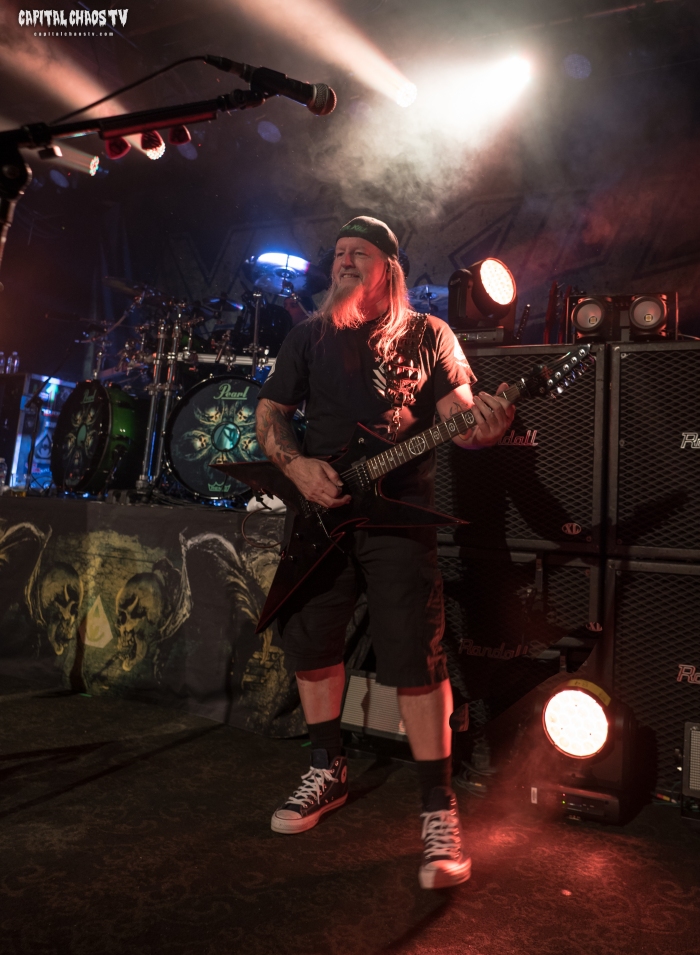 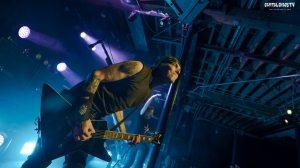 Exhorder setlist: My Time, Unforgiven, Slaughter in the Vatican, (Cadence of) The Dirge, Hallowed Sound, Desecrator

Pictures and review by Artur Brakhman

Like Loading...
‹ Baroness Announce Spring North American Co-Headlining Tour with Against Me!
Dawn of Ouroboros release video for “Spiral of Hypnotism” ›