Legendary Dallas, Texas Rock band JIBE recently released the Official Music Video for “We’ve Only Just Begun,” which originally premiered on Tattoo.com the second single off of their upcoming album, Epic Tales of Human Nature. Epic Tales of Human Nature was produced by Matt Noveskey (Blue October), and mixed by Grammy award-winning producer/engineer Toby Wright (Metallica, Alice In Chains, Korn). Lead vocalist Joe Grah recently checked in with Iron Serbian to discuss the new album Epic Tales of Human Nature, Texas, being blacklisted by Facebook and more from and an undisclosed location deep in the heart of somewhere secret. 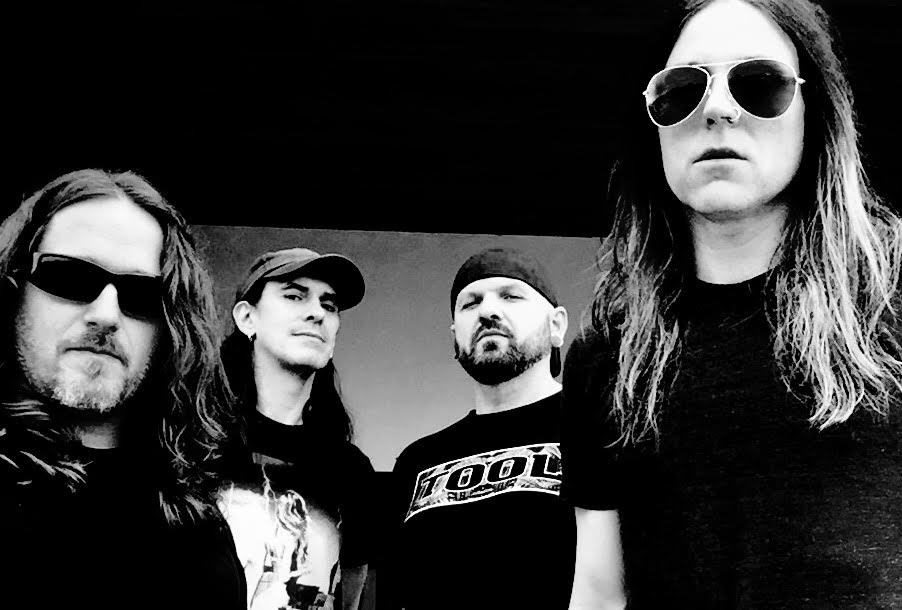 My father had a ton of records around when I was growing up so I was always exposed to a variety of music and of course singing along. I played drums in various punk rock & thrash metal bands including OKC’s Carnage, even opening for Pantera on a string of shows.

How did you become a singer or guitarist and are you proficient in any other intruments ?

After I left Carnage my girlfriend at the time took me to a Red Hot Chili Peppers concert in Kansas city where unknown bands The Smashing Pumpkins & Pearl jam opened. The energy that Vedder was conveying and his connection to the band and crowd moved me in a way that I instantly knew what I had to do. I moved to Dallas and shortly thereafter met Toby and started JIBE. I also compose on just about all instruments and have a studio here at my house in Los Angeles.

When we first started JIBE the Deep Ellum scene in Dallas was exploding with bands like Course Of Empire, The Toadies, Hagfish, The Nixons & Tripping Daisy. You couldn’t help but be affected by such an overwhelming surge in local band activity. We immediately began touring from very early on so we weren’t around to fully absorb any one locations sound, gravitating towards national acts like Soundgarden, Tool & Jane’s Addiction for inspiration.

Pros and cons of social media, youtube and are you overwhelmed by the constant need to update them all?

Has there been times when drugs and alcohol were beneficial to the band.

Drugs both elevated us artistically and ultimately destroyed the band. Nature offers us all we need, it’s when mad bathtub scientists get involved with codependent, ego-maniacal artists abusing their privilege that things get out of hand. We’re only fucking human!

How long is the longest its taken you to do your fourth step?

We’ve always been out of step.

Is it true what they say about Texas?

It’s still on the air everyday so apparently its here for now. Who’s to say what the future holds as we deconstruct the confines we’ve created?

Favorite songs on the new album Epic Tales of Human Nature and why?

I have a new favorite everyday and I usually don’t listen to my own music. This record is different; I love and have an immensely deep connection with them all. Today I like Release.

What did Matt Noveskey bring to the band in the studio that you wouldn’t have found for yourself?

Matt really allowed us to breath as band by recording live, at the same time he helped take us to another level of recording that we hadn’t achieved in the past.

Yeah, back in 2015 I was really angry at Facebbok and reacted accordingly. Apparently, it got us blacklisted and they had been removing our likes and limiting our reach ever since.

Are their bonus tracks recorded for the Japanese market?

Nothing extra recorded as every song was needed to tell the complete story on this full-length concept album.

Bands you would love to tour with and musician or artist you would like to meet and interrogate.

Love to tour with our friends in Alice In Chains, Nothing More, Hellyeah, Blue October, or bands like Tool, Skillet, Deftones, QOTSA, Papa Roach, Sevendust, Halestorm, and so many more.

Are there any political or social issues hidden in the songs from your soon to released debut album?

“Epic Tales Of Human Nature” is riddled with reflections of the current state of humanity, dig in and discover as far as you’re willing to go.

Funeral track – I did it my way by Frank Sinatra.

Thank you for taking the time to ask these questions. We look forward to coming to Japan and connecting with music lovers everywhere.