Home › Interviews › WVM “I won’t give in to what society says I should be, I will fight tooth and nail.”

WVM “I won’t give in to what society says I should be, I will fight tooth and nail.”

WVM is an American musician and visual artist located in Los Angeles, California. His early demos were released under a number of different monikers and licensed to TV shows and video games such as UFC 3, Syfy’s “Being Human,” Teen Nick’s “Degrassi,” CBS’s “Criminal Minds Trailer” and “Hostages”, as well as many other TV shows and video games. Most recently the song “Empire” was licensed to an episode of CW’s The 100.

After experimenting with a number of different genres in the past WVM finds his home in a brand of electronic music that blends melodic elements with a darker edge.

How did you first get in to music? Who or what turned you onto rock?

My mother gave me a guitar when I was 4 or so. Never had lessons and for the longest time had no idea what I was doing. Bowie and Marilyn Manson turned me on to rock for the most part.

Never aspired to be like anyone but inspiration is everything in music, like a long chain of events that leads to the beginning when we were making noise in caves with rocks and bones to now, each musician inspires another with creativity. I have a deep love for Aphex Twin, Bowie, Suicide, LCD Soundsystem, Death Grips, Behemoth, Philip Glass, Michael Jackson. 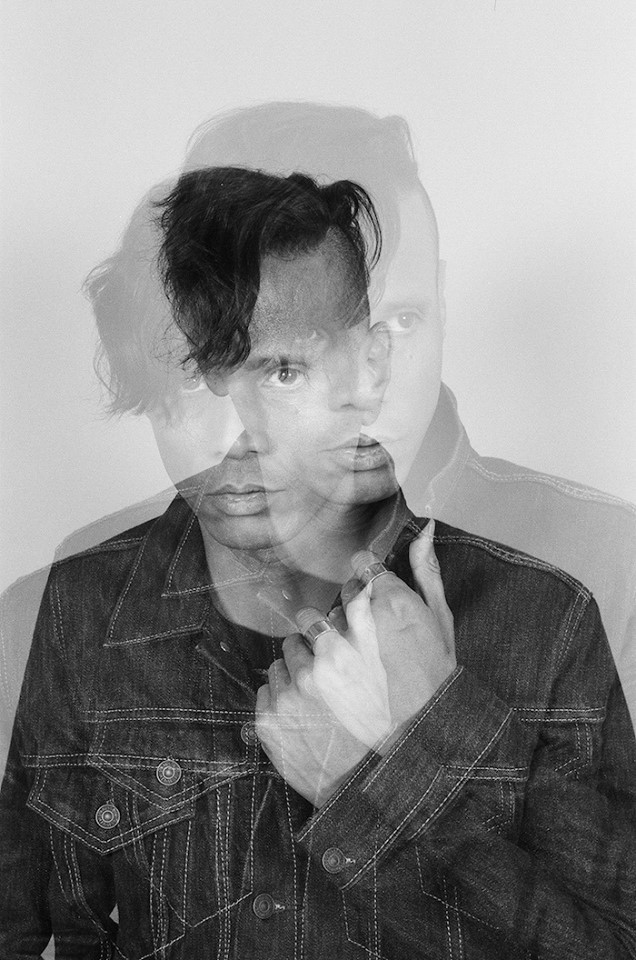 What are some of the advantages of being a person of color in America, that white people may never experience? Have you ever been racial profiled by POC?

Wow that’s a tough question, thing is when you grow up and see people with brown skin marginalized on film and TV on a continual basis, I have to say it leaves a mark not just on your psyche but on the psyche of those around you. I can’t think of many or actually any examples of a Latino lead actor in a film or tv show that wasn’t a drug dealer, janitor, maid, gardener, dumbass. Hahah seriously, I can show you a long list of characters where Latinos are made to look like less then human. As much as I love “Breaking Bad” for example, every Latino in that show was an ass. Even Gomey, Hank’s partner, the obligatory good guy in the same race as the bad guys, because films and TV always do that to balance it off a bit, but Gomey was just a simple minded fool. Scarface, was just a homicidal meathead, I can go on and on. But the thing is do I let myself give in to what society says I should be because I happen to have brown skin? Hell no. I love all people, I really do. I hate religions, that’s another story, but people are all the same to me until the individual proves different. I just focus on doing the best I can do, but in a lot of ways I do feel like I have to work 10 times harder because the music I create is not the stereotype for someone like me. I don’t make rap, I don’t make latin pop, I’d probably have it easier…. I make a unique sound, I choose to express myself the way I want, I don’t want to fit any molds, I will break through if I push hard enough. Yeah I’ve been racialy profiled it’s the catalyst that started the song “Duel” it’s difficult to realize at any moment you can be stopped for nothing, just because of the way you look but I am not going to let any of that get me down, that’s why at the end of “Duel” I repeat ” I won’t give in to you,” and I won’t. I won’t give in to what society says I should be, I will fight tooth and nail.

Are you surprised about how people like Harvey Weinstein and Bill Cosby were able to get away with their alleged bad behavior for so long?

Definitely, but I am glad people are starting to talk about it, get it out in the open, it’s the only way to solve problems like that. Perhaps now people will have more courage talking about it if it happens, and those that are committing the crimes are discouraged. If even a little bit.

What makes a good WVM song?

Well, the newer stuff that is not released is more on the analog electronic side of things, sort of a blend of what you find on DFA record label with a wider range of influences. For me what makes a good song is if the emotion is genuine and tells a story.

How do you keep things sounding so pissed off all the time?

Haha not all the time, “Duel” was a special case, a bit of a twisted fantasy striking back at the injustices of this world, the newer songs yet to be released are very melodic and not angry but still dark.

Where did you develop the name WVM? Where is it derived from?

It evolved, it meant many things at one time but then I finally decided to make it mean nothing at all, I looked at it from a design perspective. I like the wave aspect of the letters, and being a bit of a physics nerd I attached the idea of all matter being comprised of waves on the subatomic level. Waves that can be molded into anything from the stars in the universe to the dirt in the ground. So for me the name means waves but the letters don’t stand for anything.

Do you still buy cds and records or mostly use streaming sites? Which sites do you use?

I wish I could buy vinyl but haven’t gotten around to it. I use Spotify.

Top 5 albums or songs released in the last 12 months?

Because all 3 are brilliant albums.

What does rock n roll mean to you?