Philip H. Anselmo & the Illegals packed Holy Diver in Sacramento Sunday night, November 11. I’ve seen Pantera at least four times in New York and California, I’ve seen Down a few times, I’ve seen the Illegals twice before Sunday night, and I’ve seen Superjoint a.k.a. Superjoint Ritual at least three times in New York and California, in addition to meeting my favorite vocalist a couple times, and what I can say for sure is that he is still a force.

Security was tighter than usual, but I appreciated the effort to keep him, and all of us, safe. Tyrannocannon and Horseneck kicked off the night and got the crowd amped. Child Bite delivered a charismatic performance, as always. The crowd could not have been more excited when Philip and the Illegals hit the stage. He looked healthier and happier than I’ve seen him in many, many years, and he sounded amazing. The front row was a bit rough due to the pit behind us, so had to call in reinforcements to protect me and my gear just long enough for me to get the shots I needed and capture the essence of Philip performing upstairs in the smallest venue I’ve ever seen him in (and, again, without a barrier). He performed six powerful Illegals songs before blowing away the crowd with seven full Pantera songs plus a Pantera medley—Mouth for War, Becoming, Walk, Fucking Hostile, This Love, I’m Broken, Hellbound, plus the medley (must hear this live!). It made my heart melt to hear that voice singing those songs again—the same voice and songs that got me through some really tough times over the years. I didn’t even realize the impact it had on me until I got home.

I returned home, sorted, started editing, and it brought tears to my eyes. The front man with “STRENGTH” tattooed on his head has given me strength so many times when I had none left. I realized that while he has made some big mistakes in his life, he has also suffered, and suffered great loss. He could easily say, “Fuck this – I am done,” and sit home with his love and enjoy the rest of his life in solitude. Instead, they pack up and hit the road with each of his bands, working their asses off so he can pour his soul out and share his gift with his fans night after night after night. For this, I am, and will always be, eternally grateful. Grateful not only that he shares his gift, but that he is still here as a pillar and symbol of strength and resilience that I, and many of his fans, still need to help us through this life. Music saves, and Philip H. Anselmo saves, and changes lives every day. Once again, I’m not sure what band he’ll come through Sacramento with next time, but I do know that I will be impatiently awaiting his return, and that I’ll be there when he does. 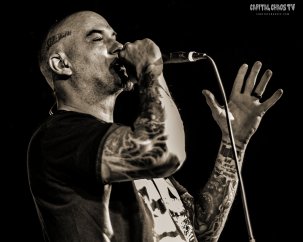 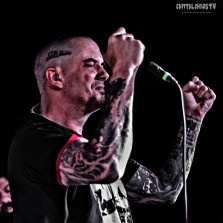 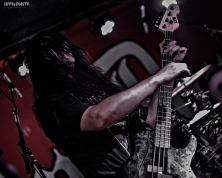 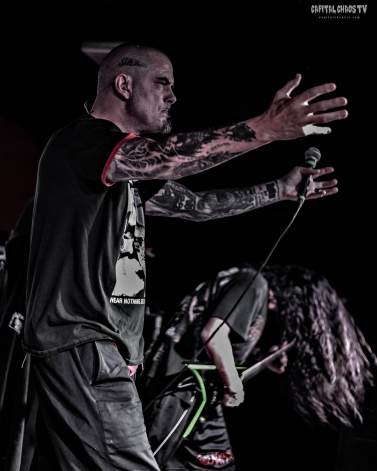