Hot off the heels of a whirlwind European festival run that saw the band headline major stages in the UK, Russia, Ukraine, and Czech Republic, and ahead of the West Coast leg of their headlining tour, FRANK IERO AND THE FUTURE VIOLENTS have just released a video for their song “Great Party.” The song is a cut from their brand new record Barriers (released May 31, 2019 via UNFD). This is the second music video to be released from Barriers, following the video for lead single “Young and Doomed” earlier this year. 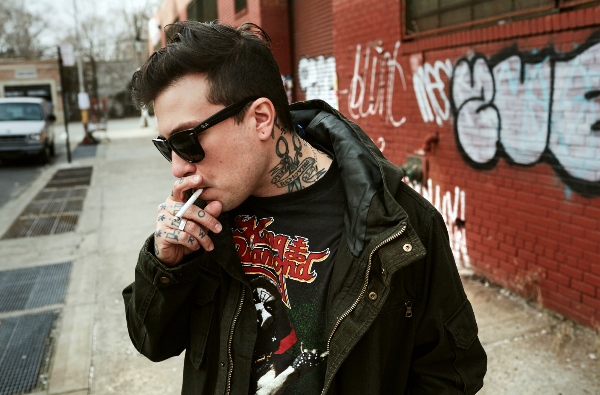 “Great Party” stars Cult Records (Founded by Julian Casablancas of The Strokes) signees/the faces of Gucci’s pre-fall 2019 campaign Surfbort. The video itself features FIATFV performing at a lackluster VFW hall, where the fruit punch bowl doubles as an ash tray, the questionable looking cake is a half-eaten mess, and seedy onlookers are looking for any way to inject some excitement into the night. By the time that the band takes the stage, the weirdness is amped up even further thanks to an ACME style explosive box of confetti that’s unleashed, as well as the guests becoming further unglued as the night goes on.

“Sometimes when you write songs for an album you have a hard time placing where they should go in the tracklisting, or what would be a good visual representation for them. Other times it’s like the universe opens up its playbook and tells you exactly how every piece fits into this giant puzzle,” Frank says about the new video. “I knew immediately when we finished writing ‘Great Party’ that it needed to be a single off the record and that we needed to make a video for that song. when I wrote the treatment for it I could see the whole thing playing out in my head, and I knew that our friends needed to be cast in it! I saw this weird gathering that you couldn’t tell if it was an AA meeting or the worlds bleakest birthday, and I knew our friend Dani from Surfbort had to be the one to light the fuse that would turn everything on it’s head. I really love this video, it may have turned out even better than I first imagined it.”