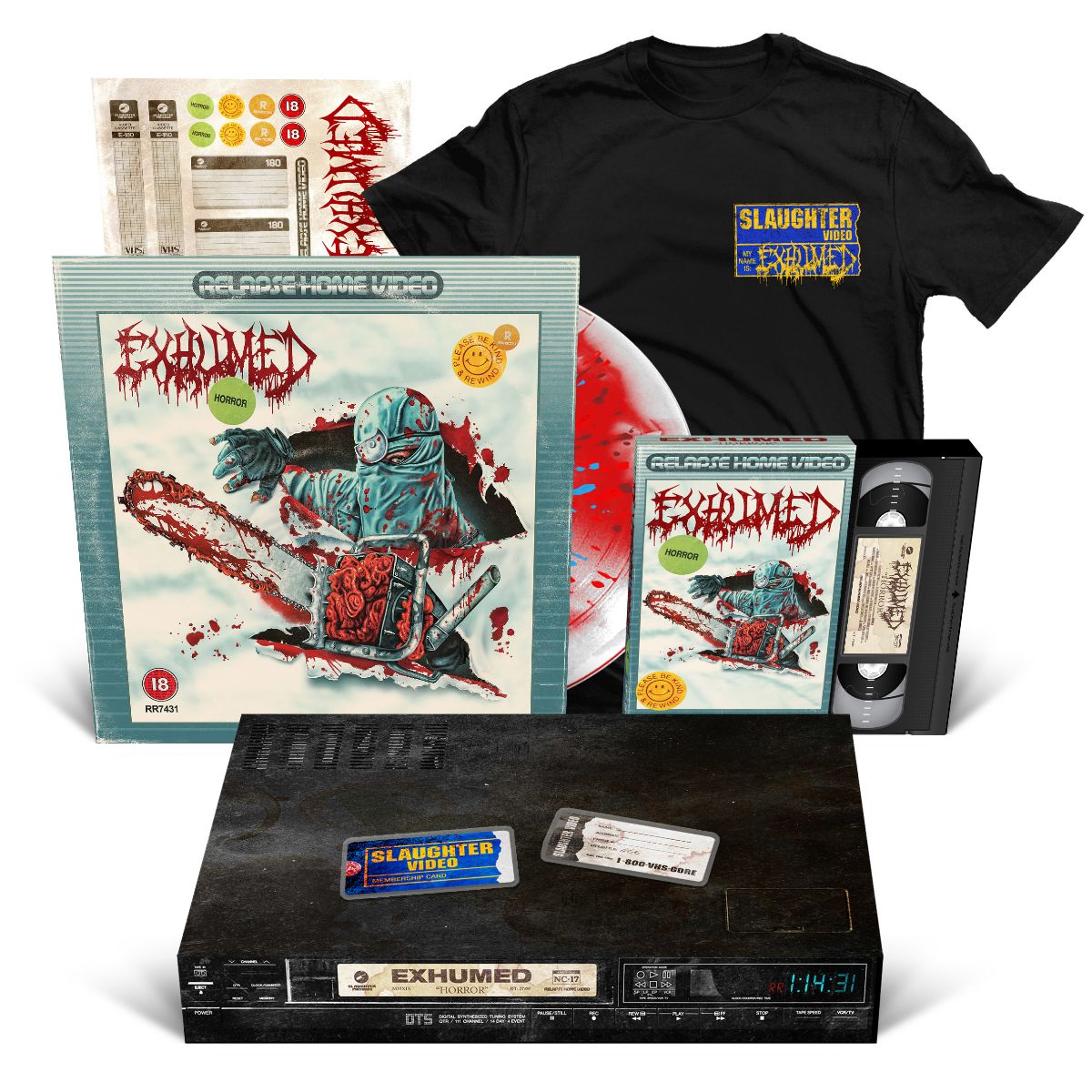 “‘Ravenous Cadavers’ is a great taste of the album – and this is one of the more mid-paced tracks on the record, so… Horror is all about stripping away everything and getting down to the core elements of our sound: raw and nasty aggression. The album’s like mainlining Grinding Death Metal at a lethal dose. If you liked the more intricate, melodic stuff that we’ve done, this may not be the one for you. If you’re a fuckin’ maniac that wants to pound some beers and smash up some tombstones, this is the record you’ve been waiting for.”

Horror is due out October 4th on CD/Deluxe LP/LP/Digital. Physical packages are available for pre-order via Relapse.com HERE. Digital Downloads / Streaming Services are available HERE.

Aptly titled, Horror is an exploration of all things macabre, as the undisputed pioneers of neck-breaking riffs plow through 15 of the band’s most intense tracks to date. Nightmares meet shred, as the speed-inducing track “Ravenous Cadavers” highlightEXHUMED’s penchant for blazing, face melting guitar work, while “Naked, Screaming and Covered in Blood” & “Playing With Fear” elevate EXHUMED to levels of grind unheard of since Gore Metal!

Horror was recorded at EXHUMED’s home-built studio Darker Corners, a first in the band’s career. Horror was produced by EXHUMED and Alejandro Corredor (Brujeria, Nausea) and was mixed & mastered by Joel Grind (Toxic Holocaust).

Like Loading...
‹ CEREBRAL ROT – “Odious Descent into Decay” via 20 Buck Spin on August 16th
Mr. Bungle Performs The Raging Wrath of the Easter Bunny in Trio of February Shows   ›