Along with the announcement, the band has released a demo version of a new song featuring Mary on vocals. Full song demo of ‘The Final Theory’ can be heard  below.

Songwriter Jason Ashcraft had this to say about the lineup change:
“Anyone who follows current issues with foreign metal bands trying to get into the United States to perform will be no stranger to the struggles it brings. Sadly, Helion Prime has had no exception and this issue falls to single musicians, as well, and not just bands. After several issues with travel and visas, our previous vocalist, Sozos Michael, and the band have agreed the best hope for the future of Helion Prime was to have someone closer to home as the vocalist. We absolutely love Sozos and the album we created together and he will always be part of the Prime family. The Terror album will not be the last you hear from him with us in some manner, we promise that. I will always be proud of the album we created with Sozos. He is a phenomenal singer and musician. It’s unfortunate how difficult things are becoming for bands and artist overseas to come here and perform. We hope things will change soon and people can see situations like ours, prog-power, and many others as reasons for concern. However, this won’t be the end, I know I personally will continue to work with Sozos in some form or another and this isn’t the last of our working or personal relationship. The chemistry with Mary is great. We have known each other for a long time now and I think getting that time to really get to know each other has helped build a strong foundation. Stay tuned for more news on the upcoming album, tours and more.“ 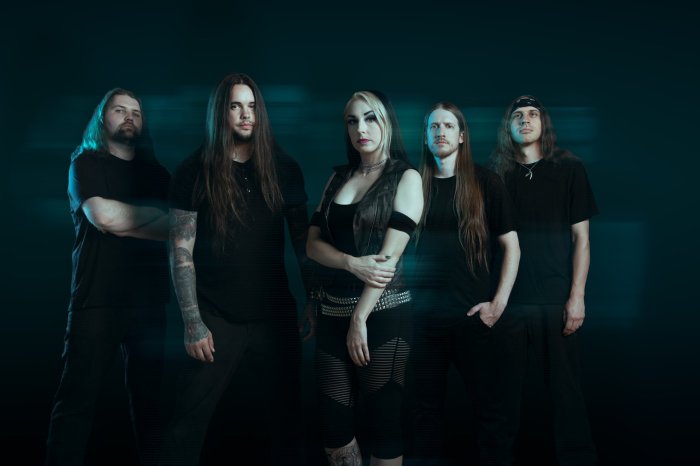 Former vocalist Sozos Michael had this to say about his departure from the band:
“I would like to thank Helion Prime for all the incredible experiences during my time as their lead vocalist. I have been very fortunate to have been able to work with such talented and pure-hearted people, and I am sad to depart from this position.
Unfortunately life, uh, gets in the way sometimes. The financial and logistic difficulties that were a result of the 7000 miles separating us were reaching a point where they stood between the band and the success it deserves. As such, I support this decision, even if it means that I don’t get to hang out with the incredible bunch of dudes that is Helion Prime. I wish them the best of luck with their future endeavors, and I know they will probably won’t even need it, no matter who their vocalist is.
It has been a true pleasure, especially working with Jason, during the songwriting process of “Terror of the Cybernetic Space Monster”, and I hope that our collaboration will continue through other projects. Having had a glimpse of just how creative and hard-working of a musician he is, I am optimistic that I will be singing over his riffs again at some point in the future.”

Vocalist Mary Zimmer states – “I am so stoked to join the Helion Prime team. The guys are great to work with and the new music we have been preparing in the background has been exciting. I feel like it is a great fit for my vocals. We make a great team and I hope to live up to Prime’s tradition of great vocalists.“

The band is already halfway finished writing their next full-length release which is due sometime in 2020. They’re currently planning 2020 tours with the new lineup.