It’s a little difficult to call this band New Wave of American Thrash even though this record fills the genre nicely with a powerful debut release on Nefarious Industries.

Psychosomatic has been around nearly 30 years touring relentlessly across America and Canada as the perfect stage setter for bands such as Exodus, Possessed and Death Angel among countless others. The record is a direct assault on your eardrums. There is no denying Toby Swope as one of the premiere metal drummers in the game. His fills and double bass throughout this album is just a pure joy of intense brutality. 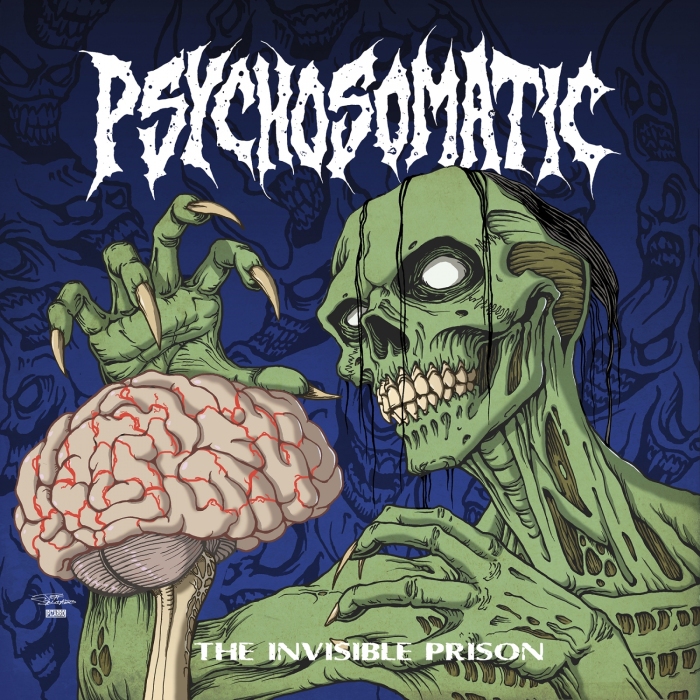 From the opening track “We Don’t Trust You” to the last track of “Spiral Orthodox” the coalescing of New Wave of American Thrash vs 80’s Thrash finds a perfect resident within this release. Lyrics are chock full of the social decay of today’s times with songs like “Riot Squadron” seemingly a soundtrack for 2020 with:

“Denying the apology, the horde becomes enraged
City officials dispatching lapdogs of the state
The riot squad is marching hard with barking cadence 1234
Chucking rocks with Molotov’s are landing on their shields”

Prophetic in their timeliness this band has quietly quelled thrash purist, speed metal junkies, and punks needing something fierce, relentless and in your face shredding. Quite possibly one of the better releases of 2020! Jeff Salgado’s voice is like a spit fire of anger and rage gritting through clenched teeth as he peppers you with poignant lyrics, thought provoking topics. Quite simply a quality release. This package came with stickers, a t-shirt with the Fortune Dealer artwork by Jeff Salgado along with some other goodies from Nefarious Industries.