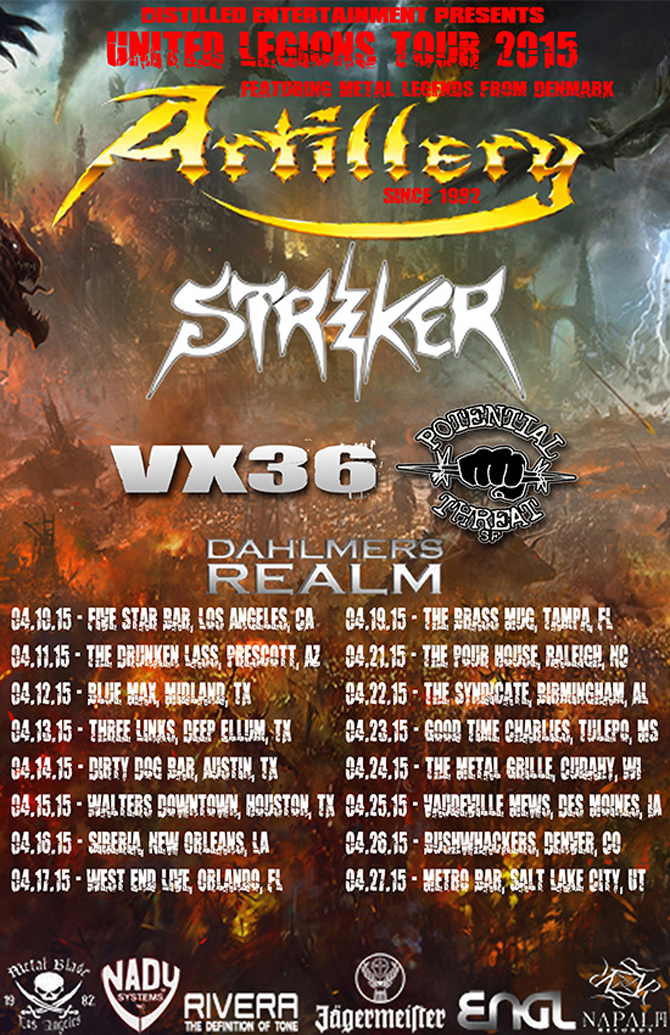 San Francisco Bay Area thrash bands have long been known for their in­your­face approach to music, and Potential Threat SF are no strangers to that tradition.

Originally formed as a five­piece in 1986, they have shared the stage with everyone from Testament to Slayer to Cro­Mags to Nuclear Assault, and just recently returned from touring with Death Angel.

Their hard working, no holds barred attitude carries over to their live shows. Though they put every ounce of grit and determination into their set, they still manage not to sound like angry old fucks. Their mentality is simple ­ it’s just as easy for a band to get the audience involved in their show as it is to be pissed off and push them away. In short, they still have fun and show it on stage and to the fans, regardless of how long they’ve been playing or how many people are in the attendance.

Their newest offering, “Civilization Under Threat” (to be released by OSM Records), gives a nod to the old school by combining aggressive, commanding vocals with dual guitars and a thundering bottom end. Engineered and mastered by Juan Urteaga (Machine Head, Testament, Heathen) at Trident Studios has given the album a massively heavy quality without being over­produced.