Home › Music Videos › At The Gates Release new single and video for “Daggers Of Black Haze“!

At The Gates Release new single and video for “Daggers Of Black Haze“!

Gothenburg-based melodic death metal pioneers AT THE GATES continue to promote their upcoming new studio album, “To Drink From The Night Itself”, (Out May 18, 2018 via CENTURY MEDIA RECORDS) by launching its newest single and music video clip for the song “Daggers Of Black Haze”. 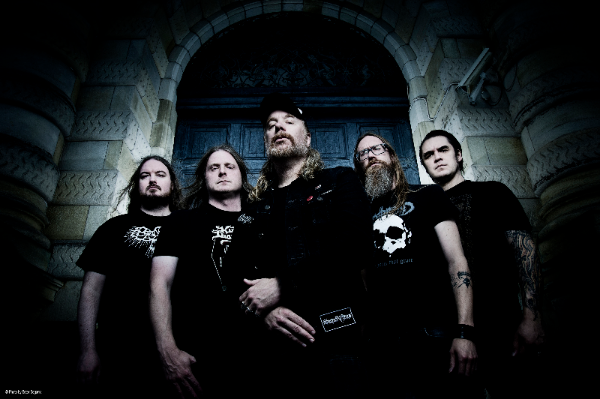 WATCH the video for “Daggers Of Black Haze” — created by Costin Chioreanu / Twilight 13 Media (who was also in charge of the album’s artwork concept)– below.

AT THE GATES frontman Tomas Lindberg comments on the track as follows:
“Daggers of Black Haze” represents the more progressive side of the new record. It has a lot of reference-points to our early back catalogue, both style wise, and the emotional setting. It is desperate and urgent, but still melancholic and epic. It is conceptually one of the cornerstones of the album. Driving home the point of the need for a war on apathy and the populistic forces that takes advantage of it. This is a fight against the abyss. A beacon for the importance of real art, real forms of expression, and importance of our understanding of our mutual cultural history. The video was filmed by Costin Chioreanu once again, and it is full of symbolism and heavy on the conceptual side. Costin displays the war for art and the importance of standing up to the oppressive powers and paradigms with his film. It is beautiful, striking, melancholic and I am very happy to see his vision of my concept.”

Tags: at the gates, music video