STATIC-X recently wrapped up the final leg of their 20th Anniversary Wisconsin Death Trip Tour / Memorial to Wayne Static! Our very own Alex Macias, was on hand for the San Francisco stop and shares experience below.

On the night of December 17th, I was fortunate to attend the sold out Wayne Static tribute show at Slim’s in San Francisco. The show Opened with Los Angeles based rock band Society 1.The very energetic vocalist Lord Zane along with the rest of the band did a great job of getting the crowd fired up and a one point Lord Zane
came down from stage, jumped the photo pit and into the crowd. He interacted and continued to sing while in the middle of the crowd. Society’s 1 performance included original songs as well as even a cover song of the Doors Wild Child that was very well received by the crowd.

Following was also Los Angeles Hollywood’s rock band Davey Suicide. They continued to maintain the momentum of the crowd that night. From the start they caught my attention with their cool stage attire, their awesome sound (a mix between hip hop, goth and metal) that made me an immediate fan of them.
The charismatic Davey Suicide took things to another level with his great vocal range. Marton Veress did an excellent job at the drums as well as Niko Gemini and Derek Obscura on guitars.

Unfortunately after their set, the band went to store their gear and their tour van got broken into while they was busy inside the venue meeting fans. Link here if you would like to help their fund. 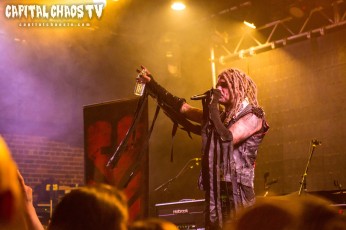 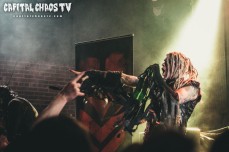 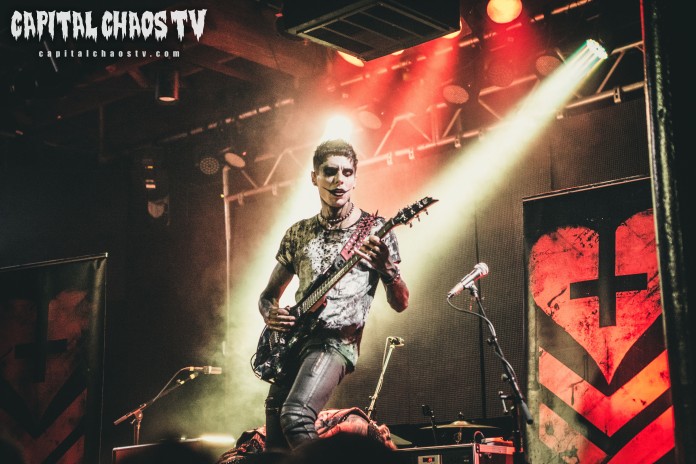 Third was Bay Area rock band The Watchers. The four member band (Tim Narducci Vocals/Jeremy Epp Guitars Cornbread Bass/Carter Kennedy Drums) was the main support for the headlining Static-X.
They did not disappoint for one second, you could feel the energy those guys brought to the stage and it was contagious and there was never a dull moment. It was my first time watching them live and I really enjoyed their sound and Tim Narducci does a superb job as vocalist. Make sure to check out their most recent album Black Abyss. 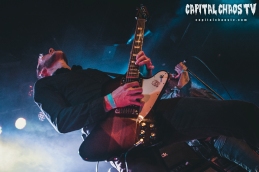 Finally after a short pause, the long awaited Static-X entered the stage and was met by an eagerly and cheering crowd. Their performance featured songs from the older albums like Wisconsin Death Trip and Machine as well others and other familiar hit songs like Destroy All. It was nice to see the Original members of Static-X back together which included: Koichi Fukudaand (lead guitarist, programmer and keyboardist), Tony Campos (bass) and Ken Jay (drums) back together. Also featuring Xero taking over the duty of vocals and guitars which might I add, he did a superb job!

As Static-X’s show was near the end, the band paid tribute to their friend and vocalist Wayne Static who passed away back in 2014, it was a heartfelt moment with many fans with teary eyes as the monitor screen behind the band showed Wayne’s image with the Rest in Peace 1977-2014.

All in all I personally enjoyed the show very much, all the bands had solid performances with great band to crowd interactions and great band lineup and had a lot of range of emotions during the course of the night. It’s no wonder why the show sold out and I am sure for the fans that were lucky enough to be able to get a ticket for the show, went home feeling very satisfied. Be sure to keep an eye out for their new album coming out next year titled: Project Regeneration. 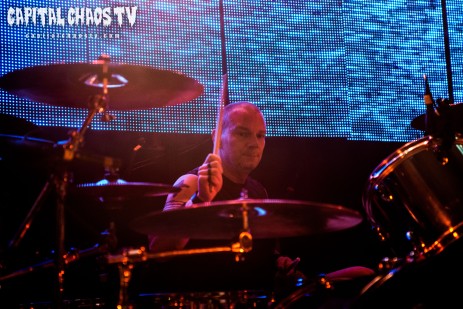 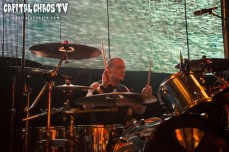 Like Loading...
‹ Watch A Full Set Of MR BUNGLE Live In Sacramento, California
THE 01EXPERIENCE Releases New Single and Music Video for “Let it Go” ›